Ready To Rule: What Makes A Good Leader?

While at home during the pandemic, I have been fortunate to be able to work on a few big projects related to the academic study of leadership (I am excited to share details of these projects soon). As I have been digging into the research on leadership, I have been thinking a lot about what makes a good leader.

Though there are many definitions of leadership, one of my favorites is that it is a process of influence (Daft, 2014). This means that, to be an effective leader, one has to be able to influence others. To be a moral effective leader they will, of course, exert influence in ways that are positive to the common good. 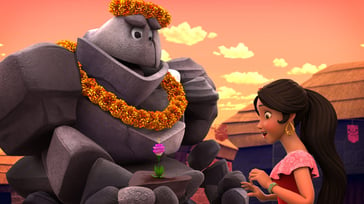 When I think of influence and leadership development, I am reminded of Elena of Avalor, a Disney character of which my daughter is a big fan. In the first episode of Elena’s television series, she is told that she is not ready to rule as Queen of Avalor because of her age.  Instead, she is asked to work with members of Avalor’s Grand Council so that she can further develop her leadership style. However, Elena already succeeds in her leadership practices including negotiating with a lava monster and appeasing the concerns of shapeshifting “noblins” who have run amok in the harbor. It seems like she is born to lead and more than capable of taking on the role of Queen.

But what makes Elena a good leader? In my opinion, one of the most relevant theories of leadership is French’s and Raven’s (1959) bases of influence which suggests several different elements that can be drawn upon to be effective. One such “base” that leaders can leverage to build influence is termed “referent” which I think of as the “likeability factor.” Leaders that possess this base are often influential because people want to be associated with them. I have found this to be a pretty strong driver of influence through personal experience. While Elena certainly possesses this base, she also engages in servant leadership behaviors (Greenleaf, 2002). Servant leaders take actions that benefit the common good. In essence, these leaders do not look at leadership roles in terms of power or status, but rather as roles that are focused on helping others and improving lives.

Scholars have suggested that both of these approaches to building influence and being an effective leader can be successful. But, did Elena (and do other real-world leaders) learn effective leadership techniques or was she born with them?

The answer is complex because it is possible that people can either be born natural leaders or develop successful leadership approaches over time. Though, of course, many leaders can indeed improve their ability, it is perhaps unfair that Elena must wait to be given her proper title of “Queen” as she appears to be in the camp of a natural born leader and has proven herself on multiple occasions.

Whether a leader is born or made, it is clear that she or he must understand the context (including but not limited to people, processes, organizations and environments that impact and are impacted by one’s decisions) in which they will lead and how their own unique knowledge, skills and abilities fit in within it. Some leaders understand the world around them naturally and quickly. Others need to study their surroundings and grow to know themselves better over time.

Regardless, it is very difficult to teach someone to be a good leader because what makes a leader effective in a particular situation may not be generalizable to all contexts. Leadership educators (including me) would be best served to help learners become more aware of their own unique environments. Students of leadership might learn to understand what made others successful through case studies so that they can model behaviors but with the caveat that such behaviors may not work in every situation. It is important to use one’s knowledge of past leaders to determine what might or might not work in one’s own unique context.

What do you think? Are leaders born or made? What has been most effective to you in learning how to be a good leader? Do you agree that what makes a leader successful in one context may not apply to all situations? I’d love to hear from you! Give me an email at michael.urick@stvincent.edu and connect with me on Facebook and LinkedIn.