The Journey to Bhutan: Patience is a Virtue 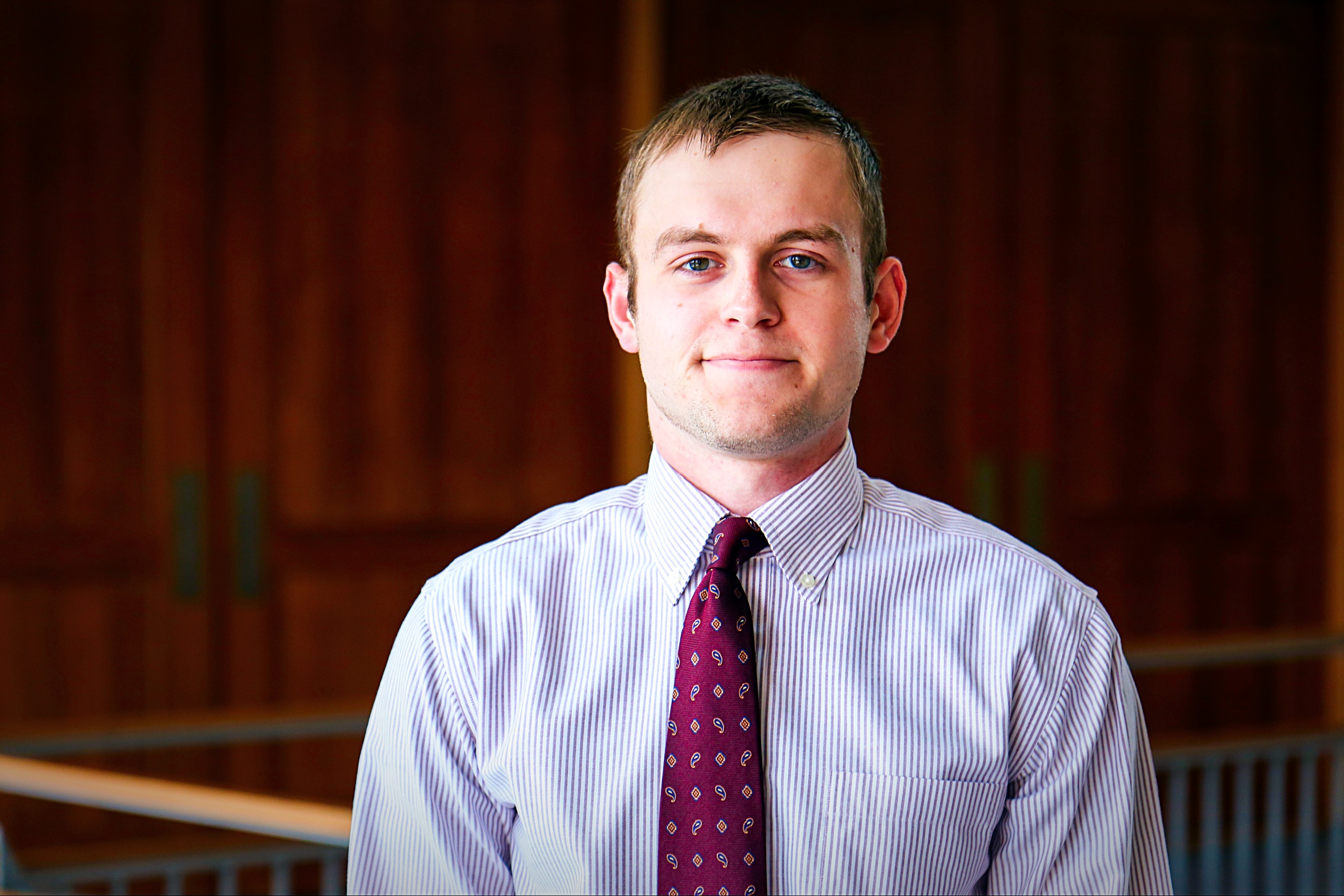 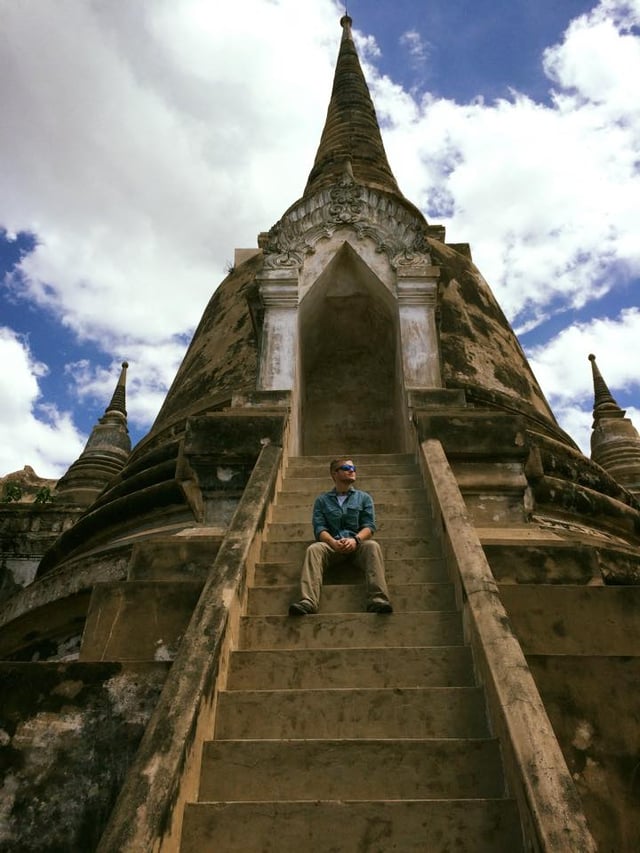 Above: Sam Greer at Ayutthaya Historical Park in Thailand which is a UNESCO World Heritage Site and was the 17th Century home to the Ayutthaya Empire
Hi! I’m Sam, an environmental science major, and for six weeks this summer I’ll be learning in the remote Himalayan nation of Bhutan. Home to sweeping mountain landscapes and a proud people with a traditional culture, Bhutan is a place that very few get to venture to in their lifetime. When I applied for this program last year, I remembered how grateful I was to be a part of an adventure so rare.
It’s four days into that adventure now, and I’m still looking forward to seeing what Bhutan has to offer. Unfortunately, several delays by airlines has left me and fellow classmates stranded in several foreign nations along the way. First, we were stuck in New York’s airport for 13 hours before having to stay the night in Shanghai, China. The next day we flew to Bangkok, Thailand only to find that the next flight to Bhutan was five days away. 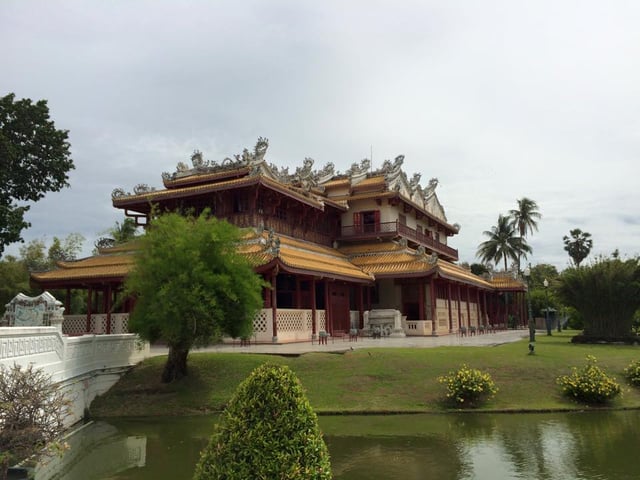 Above:  A temple in Bang Pa-In, which was Thailand’s former capitol before Bangkok
My point in this is, things might not always go directly to plan on trips such as these, and that’s really O.K. It's been quite the adventure being a guest of two additional nations I never thought I'd get to visit (other than their airports). Driving through Shanghai was like entering a whole new world and Bangkok, while over 100 degrees and humid, is an amazing myriad of culture and people. Luckily, we’ve been able to start classes while we’re stuck in Thailand (in the dining room of a restaurant, oddly), and we’ll be on our way to Bhutan in the next couple of days.
While writing my applications to study abroad, I remember encountering questions about The Rule of Saint Benedict and the virtues he explores. Among these is patience-- a virtue I’ve used to the extreme in my 4 days and counting of travel around the world. With patience, anything is possible, and I look forward to continuing my exploration of the world as I will finally soon reach my destination. 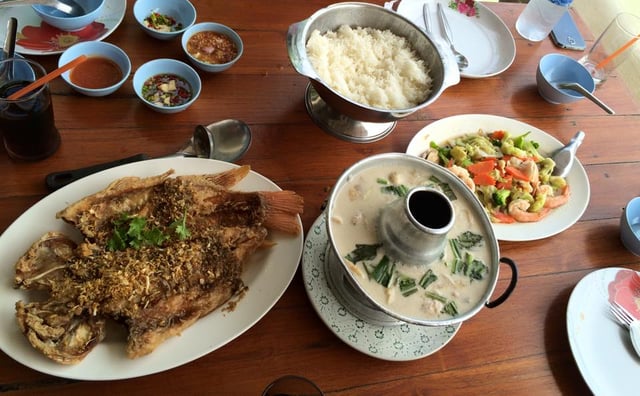 Above: A traditional Thai lunch I had on the river which included fresh fish, rice, coconut milk soup, grilled vegetables and shrimp. Also pictured are a variety of spicy sauces that incorporate chili peppers and other fiery substances that give the food a good kick. 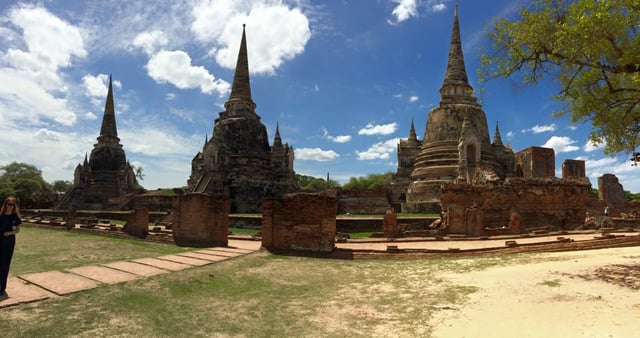 Above: Another photo of Ayutthaya which shows the massive structures where the former kings’ ashes are entombed.