Hi everyone! I got to see some other areas of England recently when my friend and I went on a bus tour to the Windsor Castle, Stonehenge, and Oxford. This tour was a great way to see all of these places because some of the locations would have been hard to travel to on our own.

First off was Windsor Castle, one of the queen’s many homes. Everyone knows about Buckingham palace, but apparently the queen doesn’t like to stay there and only visits when she needs to work. Windsor Castle is her favorite place to stay. The castle, in its original state, was built in the 11th century and is extremely rich with history because of this. Different monarchs had renovations done throughout the centuries and a fire destroyed over 100 rooms in 1992. The queen needed to raise money for the repairs so she started allowing tours in Buckingham palace to raise the money. We had a chance to tour the beautiful state apartments within the castle, which are used for hosting events. They were filled with priceless art and gorgeous architecture, but we unfortunately were not allowed to take pictures, so you’ll just have to Google them to see what I’m talking about. Windsor castle is also one of the only places you can actually get your picture taken with one of the royal guards, so of course I had to seize the opportunity! 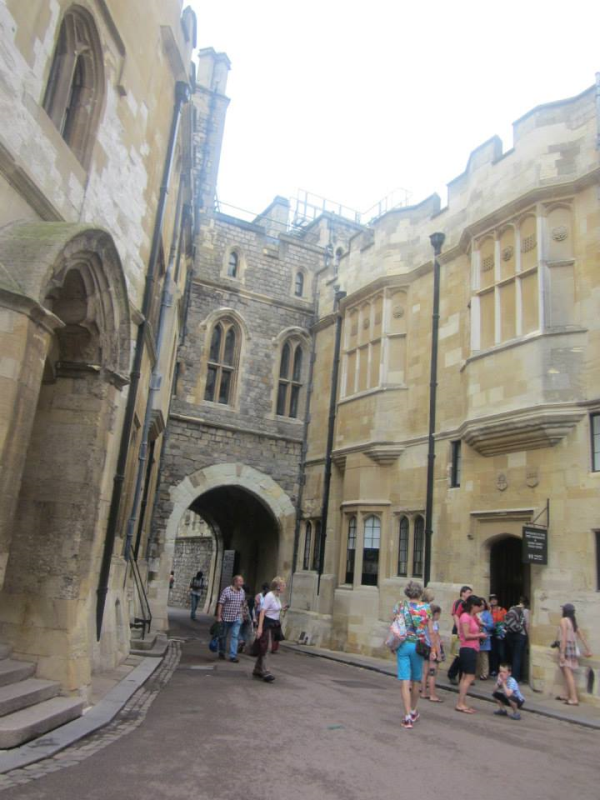 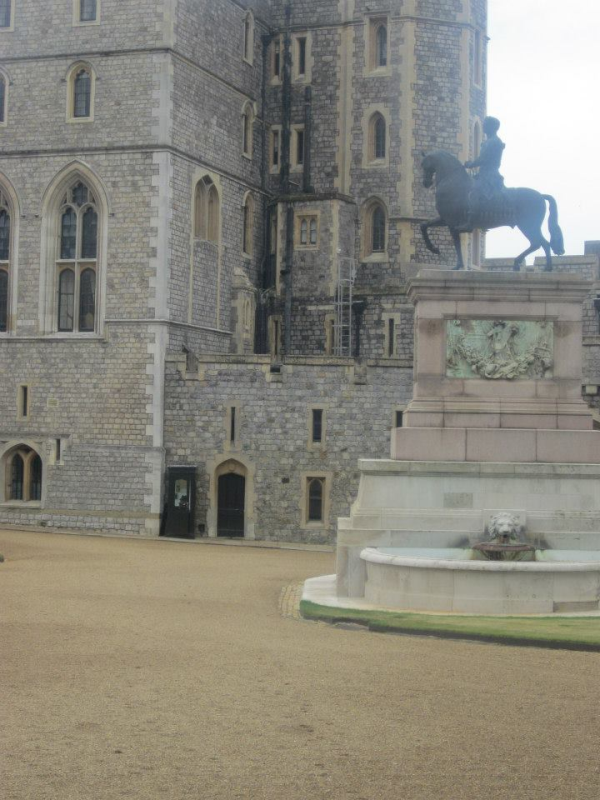 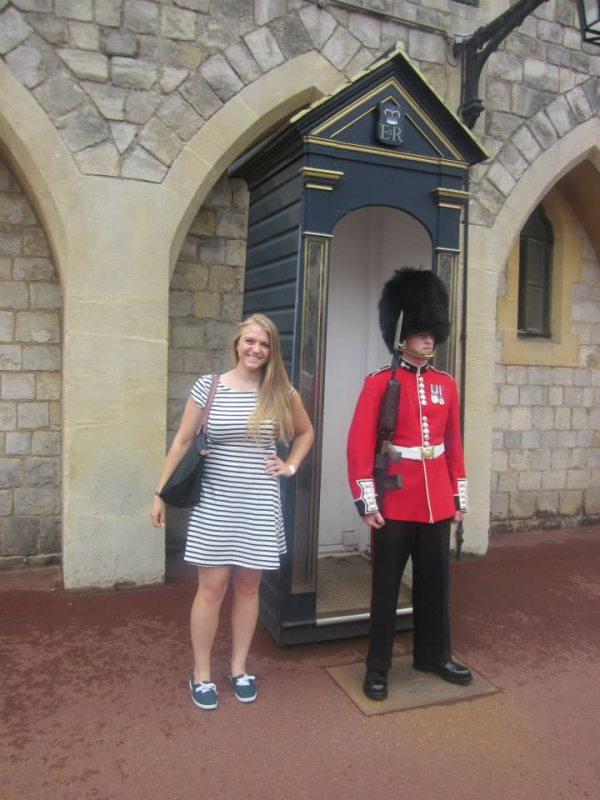 (Me with a guard at the castle)

After this, we went to Stonehenge. The area around the stones is blocked off for preservation purposes, so you are not allowed to walk inside the stones, but you can walk around the edge. I was surprised that the stones were not bigger, honestly, but it was really cool to see this mysterious landmark. Some of the stones that these ancient people used were moved from thousands of miles away and the biggest one weighs 25 tons. The fact that we still have no idea why Stonehenge was constructed is so bizarre, especially when so much effort was put into its construction. 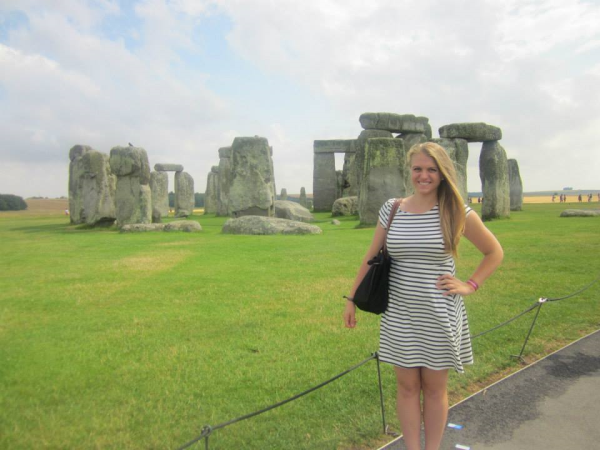 Our last stop was Oxford, where we took a walking tour of the university and town. The influence that this town has had on history is truly remarkable when you think about how many influential people were educated at the university. There were even some sites from the Harry Potter films on campus, which made me particularly excited. In the middle of our walking tour, a crazy thunderstorm broke out and our group had to flee back to the bus. The rain was a torrential downpour and it even started hailing on us! My friend and I had to share an umbrella so we both were pretty soaked when we got back on the bus, but the outlandish situation had us laughing our heads off. 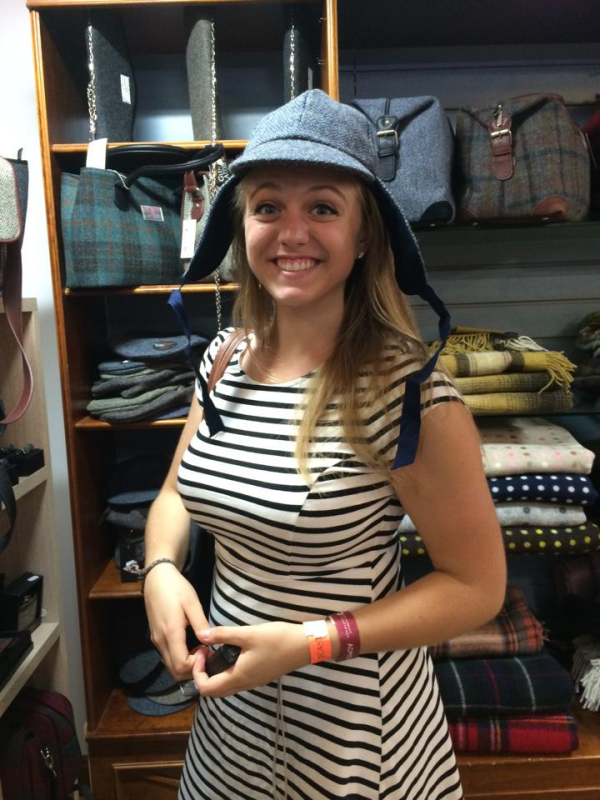 (Me wearing a deerstalker hat at Oxford) 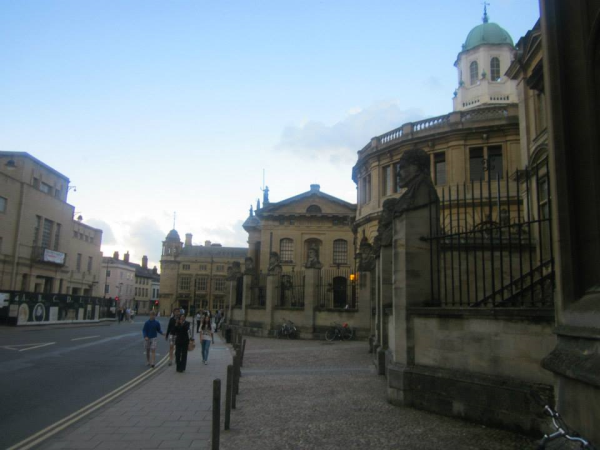 (Oxford in the sunshine) 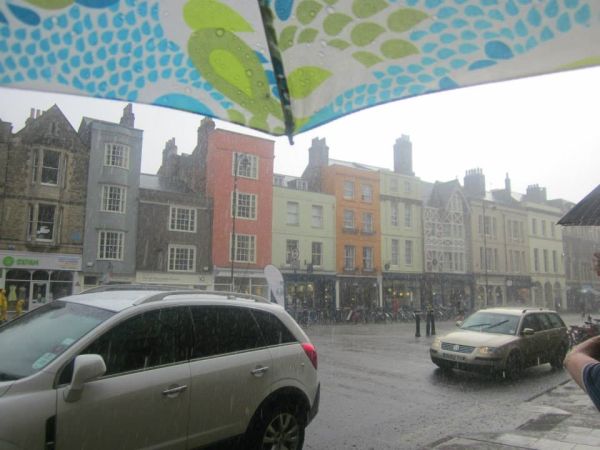 (....and during the biblical storm)

So despite the rain (and hail), I had a wonderful time on the tour and I’m so happy I was able to see these amazing locations. I was also able to see Les Miserables in the West End a couple days ago. The show had some of  the best singers I have ever heard in my life and a revolving stage. Apparently the stage makes 63 rotations each performance! The whole show was simply incredible. I am also heading to Paris this weekend and I couldn’t be more excited! More updates are soon to come!