These first two weeks in London have been an amazing experience! I have been working at my internship as an assistant publicist at Premier and I really like the work so far. My main job is to help the PR department promote the movies that are currently being released onto DVD and Blu-Ray. This includes helping to organize promotional events, emailing media websites asking them to post articles about the movies, and brainstorming for new ideas on how to promote the films. I was really impressed with the big clients that we work with and I am so lucky to have this awesome opportunity.

I commute to work Monday through Thursday on the tube (I get Fridays off). It gets ridiculously busy and humid during rush hour but I feel like a true Londoner when I’m part of the crowd. The commute has also allowed me to learn the tube system fairly well, which makes my exploring on the weekends that much easier.

But it hasn’t been all work and no play! I’ve also been able to continue my exploration of this spectacular city. I visited Covent Garden and the Camden Lock markets and bought some awesome souvenirs. My friend and I also went to the British museum, which is full of Egyptian mummies, ancient Greek sculptures, and other amazing artifacts. 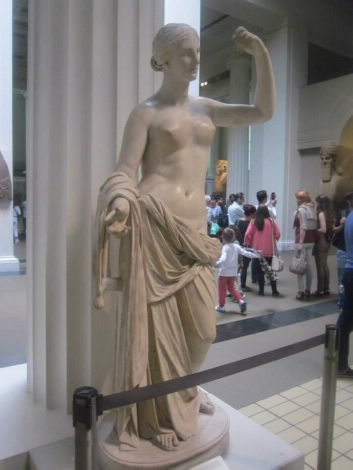 (Greek statue of Venus at the British museum)

We also went on a creepy tour that visited the various sites on the East End where Jack the Ripper murdered women in the late 1800s. This was both disturbing and fascinating because, to this day, no one knows who the infamous serial killer was. The investigation shaped modern police research significantly because Jack the Ripper was the first person to ever have a psychological profile created for criminal profiling techniques. Since I love psychology, I found this fact pretty cool.

I also was able to indulge in some of my love for British literary icons, including Shakespeare, Sherlock Holmes and Harry Potter. Our group was able to attend a free play at the Globe Theatre, which is a modern replica of the Shakespeare’s original structure that stands in the same general area where the old one would have stood. We stood on the ground level like the peasants would have and it really made us feel like we had been transported into the 1600s. The play was Antony and Cleopatra, which I especially enjoyed because I had never read it before. 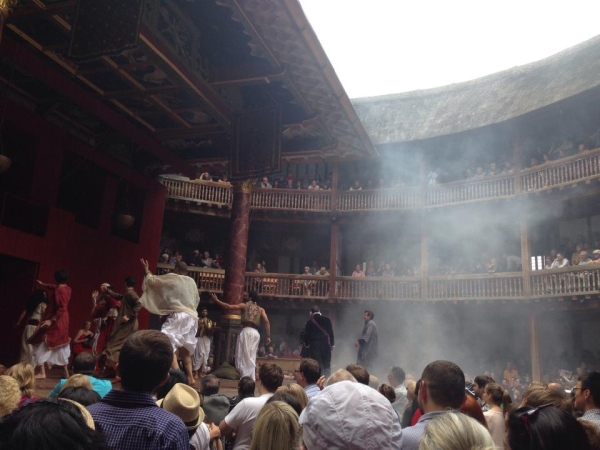 (Antony and Cleopatra at The Globe theatre)

I also was able to visit the fictional house of Sherlock Holmes at 221b Baker Street.  This was the location of the detective’s home in the books by Sir Arthur Conan Doyle and the real address was made into a museum due to the character’s fame. 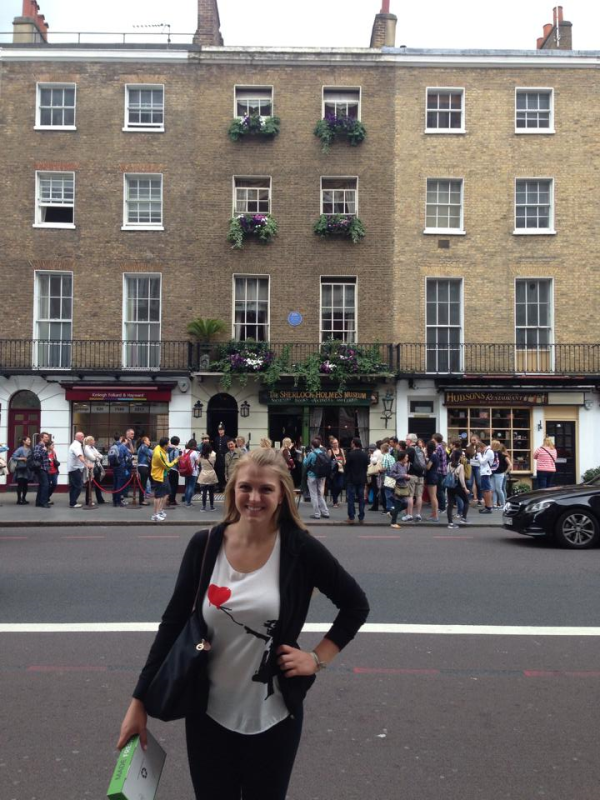 What I was most excited about, however, was visiting Platform 9 ¾ from the Harry Potter books. King’s Cross train station set up a tribute to Harry Potter in the station by erecting a statue of a cart, filled with suitcases and a pet owl, in the process of going through the wall on the way to the Hogwarts Express train station. Harry Potter was definitely what made me want to visit London so badly when I was a kid and started my journey on this adventure, so it was incredible to see this in person.  I was also able to book tickets for the movie studio tour in August and I can’t wait! 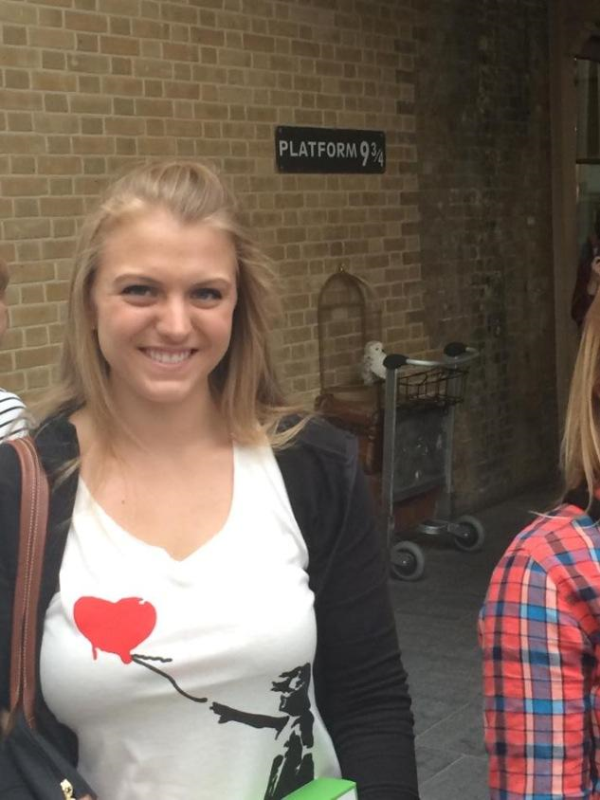 There is still so much to do in this city and I am planning on visiting other cities in Europe as well while I am here, so I will have a lot more to tell in these next few weeks!