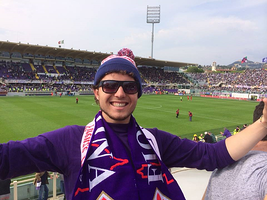 So these past two weeks have been crazy. The weekend of April 4th, we stayed in Florence and went to visit Santa Croce. Santa Croce is located in Piazza di Santa Croce, which is only a three minute walk from my apartment. The Basilica is the largest Franciscan church in the world. In addition, it is the burial place of some of the most famous Italian artists, such as Rossini, Gentile, Foscolo, Machiavelli, Galileo, and even the famous Michelangelo. It is known as the Temple of the Italian Glories. Although it cost 6 euros to get in, it was definitely worth it.

On Sunday, we finally got to go to a Florentina soccer game! Although the famous Mario Gomez wasn't playing, it was still a great time. Florentina played Udinese and were able to win 2-1. It was a great game to go to and an unbelievable experience I will never forget. 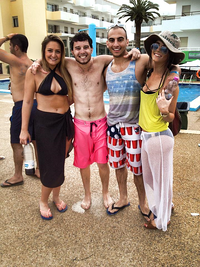 The next weekend was one of the best weekends of my life. Me and my roommate went to Ibiza, Spain for TRIPBIZA! We booked an extra night; therefore, we left Thursday morning and got there around 4PM. We were able to stay in one of the nicest hotels I have ever been in, which had an even nicer pool. Thursday night, we went to a white party which was awesome. The next day was even crazier when we went to the “Paint my body” pool party at JET Complex. We got there and saw just about 300 people at this amazing pool party. They had an awesome DJ and an even better pool which I was in just about the entire time. 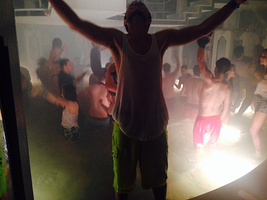 We went back to the hotel and showered for the ITACA Beach Club. The club was right on the beach and definitely one of the nicest clubs I've ever been to. After the Beach Club we went to by far, the best club I have ever been to, Es Paradis. The Tripbiza itinerary said it was a Water Party, but when we got there it was like a normal club until around 3AM - when all of a sudden water started spirting out of little holes on the ground and walls. Within 20 minutes, the entire dance floor had turned into a pool. Everyone was in the pool dancing and completely soaked. I have never even heard or seen anything like that in my entire life.

After a while of being in the pool, we decided it was time to go back to the hotel which was around 6:30AM, a half hour away from the sun rise! So my roommate and 4 other people we met decided to stay up and watch one of the most beautiful sun rises I have ever seen. Our room looked right over the beach and right towards where the sun rises. It was one of the best nights of my life. 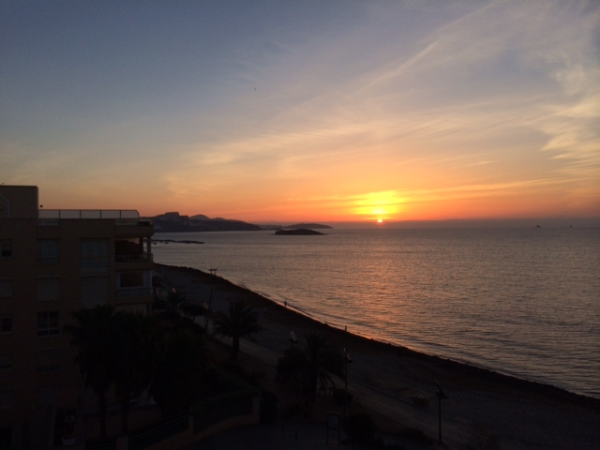 The next day, we woke up around 12 and went to get some breakfast. After, we went back and went down to another pool party at the JET Complex. It was just like the day before and was an amazing time. We went back to the hotel and got all ready to go to the famous PACHA Club. In 2012, DJ Magazine had a poll of the worlds 100 best nightclub's, PACHA rated number 3. The club was amazing and one of the best times I have ever had. The next day we woke up at 10AM to check out and catch our flight back to Italy. This week I have classes as usual and can't wait for next weekend when my family comes to visit. The first weekend, we are going to go to Venice and Rome and the weekend following that, we are going to go to Amafi Coast. I look forward to seeing them and showing them around my favorite city in the world, Florence!