Coming to an End

Hi everyone! As my time here in this beautiful island comes to an end all I can do is look back and be grateful for all the experiences I was lucky enough to have. These last few weeks have been hectic that is for sure. While I only had three classes this semester, I ended up having five papers due on the same day! I spent a solid week, open to close, in the library to complete these. The hard work paid off once that day passed and I had successfully finished my sophomore year in Australia. I had no finals, due to taking mostly English classes, so I was left with about three weeks of open time before I would venture back to the States. So what did I do you ask? TRAVEL!

Adventures of One Island and on to Another

BULA! This means hello in Fijian. The day after my papers were due I hopped on a flight and headed to Nadi, Fiji! This is the mainland in Fiji and I only stayed there for one night before I would begin my island hopping adventure. Fiji was about a four-hour flight from Sydney and I would be taking this trip all alone! To me this was the greatest decision I made while abroad because it allowed me to learn that I am capable of going planning and navigating a trip all by myself. Being alone also allowed me to make friends easier so I never felt truly alone. While in Fiji I was able to meet some pro surfers that were there for a major surf competition where the biggest names such as Kelly Slater were competing. I also met a middle- aged man named Rick who told me he had not lived in a house since he was eighteen. He had bought a sailboat and decided to spend his life sailing the world all alone. He said he sleeps in seven-minute increments throughout the night to make sure he is sailing in the right direction. He also has been in open ocean water for twenty days at a time. If you want to learn about Rick travels you can read his blog HERE.

I stayed at a youth hostel called Mantaray Island Resort on the Fijian island of Nanuya Balavu. This was a beautiful island with crystal clear water and was known for their mantarays that swam around the island. These were massive creature, probably around 10 feet long. They looked like stingrays but they did not sting. I was able to go snorkeling with them and swim with them as they glided past us. The mantarays swam against the current and we swam with the current, so it would feel as if they were swimming directly into you but then they would dip right below or above you and continue on their swim. It was simply breathtaking. While down there we also saw a reef shark! I quickly began to swim the other way and get back into the boat. 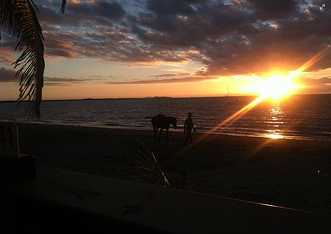 On the boat on my way to the island

While in Fiji I also was able to go on a guided kayak trip, which sounded fun at the time but after two hours of rapid kayaking my arms began to feel like noodles! We kayaked around the entire island and took only one snorkeling break where I was able to look around at the beautiful coral and a sea of starfish.  I picked up one of the blue starfish and looked at it in my hand as I could see the movement on its bottom showing that it was alive.

The next day in Fiji was my favorite for sure. We took a fifteen-minute boat ride to another island to see the village. This village is where most of the people who work at the resort live and grew up. It is usually their goal to grow up and earn a job working at the resort. This is a luxury job for them, seeing that they live in a third world country. When we visited them we were able to see the small houses they lived in with no running water or electricity. We also saw their church where they practiced Christianity. However, my favorite part of visiting the village was going to the school. We went into a first grade classroom as, well as a kindergarten classroom. The children came running up to us wanting to take pictures and they especially loved to see themselves on the camera. The children would wave and scream, "bula," as they saw us walk up to their school building. For them, seeing people from outside of the village was a major highlight for them. 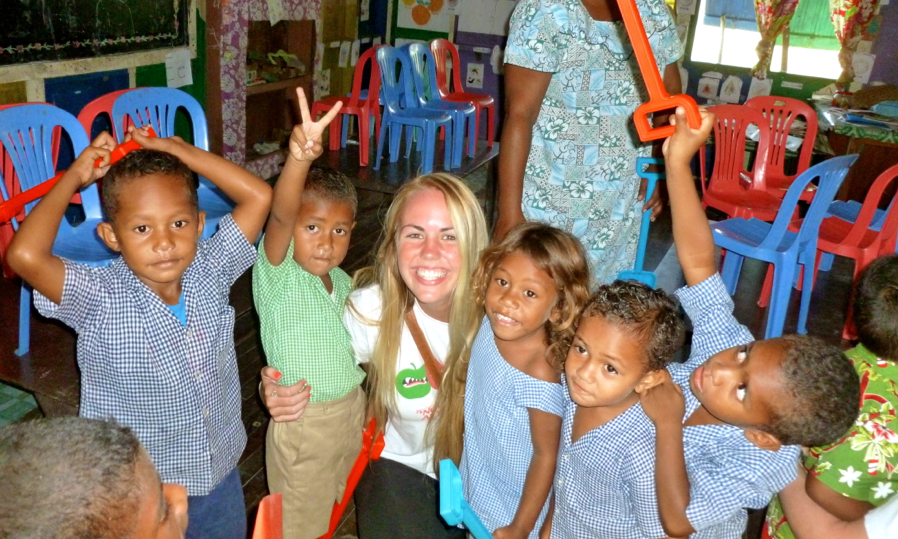 Selling her hand made jewelry 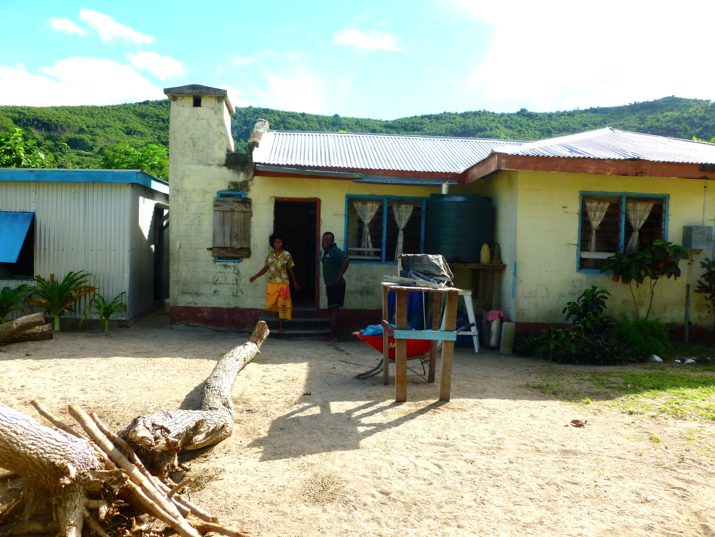 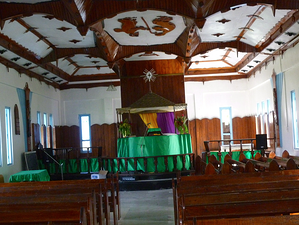 Inside the village Church

After my one night on the mainland in Nadi and three nights at Nanuya Balavu it was time to head back on the boat and head towards the mainland again for another night at the youth hostel because my flight was in the morning. This night was very exiting as we were able to watch a native Fijian dance and fire show! It was the perfect way to end my perfect holiday. 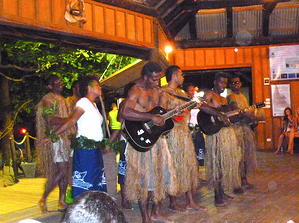 Once I returned back to Newcastle I still had about two weeks before I would head back to the States. These days were filled up with packing and saying goodbye to all the wonderful friends I had made. However, I did want to squeeze in one last trip before I left. This was to Katoomba to see the iconic Three Sisters in the Blue Mountains. However, once we arrived there it was slightly raining and VERY foggy. I was barely able to see my outreached hand in front of my face let alone any of the valley or the three sisters mountain formation. I joked with my friend that we sat on a train from Newcastle to Sydney for 4 hours each way to see fog. Although I wasn’t able to see any of the mountains I am still able to check it off my list that I was there! 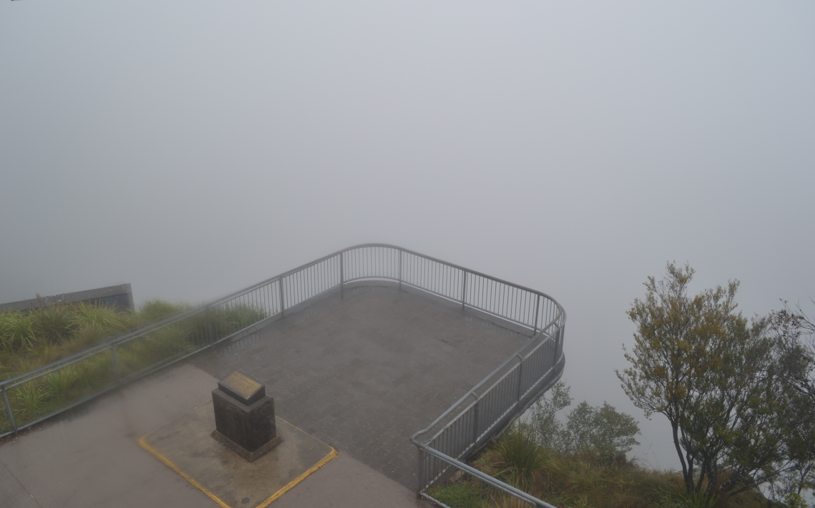 Behind this fog there are beautiful mountains

These past few weeks have been incredible and I have just been trying to soak up all of these adventures and enjoy as much as I possibly can. These are the days that I will remember the most because coming to Australia has been the best decision I have ever made and I encourage everyone to travel as far as they possibly can go, because you will learn about yourself and you will come back a changed person. You will learn lessons that only you can learn through experience, and most importantly, you will come home a storyteller yourself.