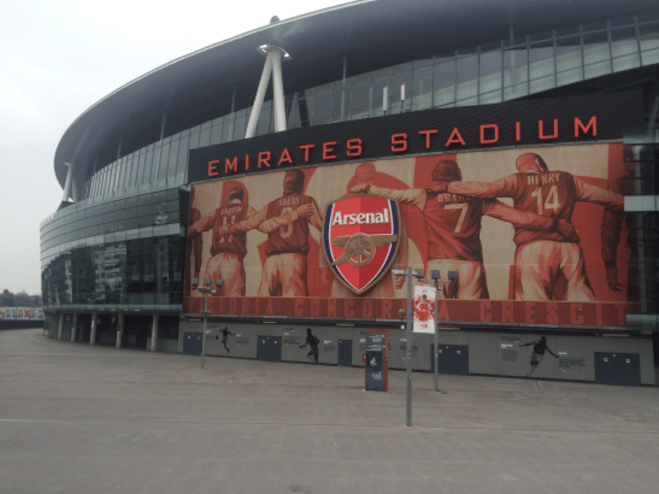 Football (American soccer) is the major spectator sport in England and throughout Europe. There are several teams in and around London including Liverpool, Manchester City, Tottenham, Chelsea and West Ham, just to name a few. But the team that is known as London’s “home team” is Arsenal. Londoners live and breath all things Arsenal. They are die-hard fans.

My first Arsenal experience was watching a match against Tottenham (a bitter rival) at a pub near the Emirates Arsenal Stadium. It was a laid-back atmosphere at first, but then the game started … there was screaming and taunting, punching walls and slamming fists. It was great! Oh, and lots and lots of singing. Football fans here aren’t much for chanting; rather, they have songs to cheer on their team. It was quite entertaining listening to a pub full of drunk old men sing along to the Arsenal cheers. Also, just a warning, but a pub might not be the best place to take your mother to watch an Arsenal game because of the excessive use of swear words and other derogatory language. It would definitely be rated R for language. 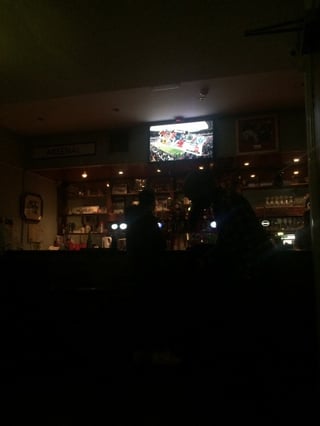 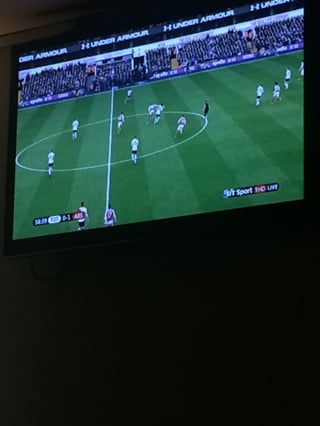 Unfortunately, I didn’t get to see Arsenal come away with a W, but they did tie with Tottenham!

My next Arsenal experience was with my study abroad program. CIEE managed to get us a tour of the Arsenal stadium! It was a self-guided tour and we were able to see the field, the locker room, the press conference room and the members’ clubs as well as sit in seats where the players sit during the game and walk through the tunnel where the players come out of every game! 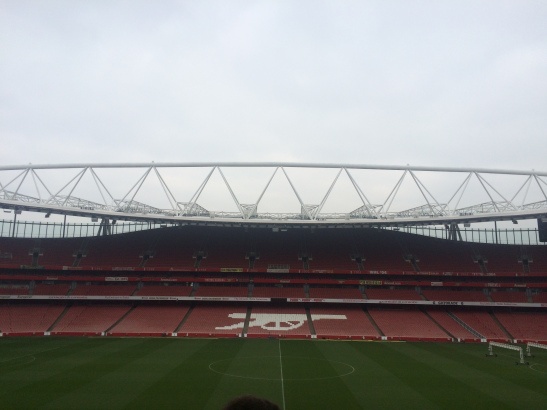 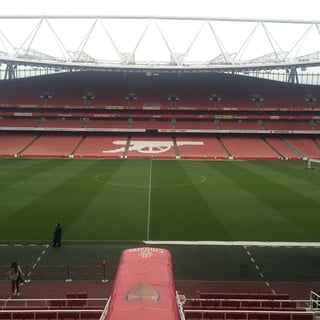 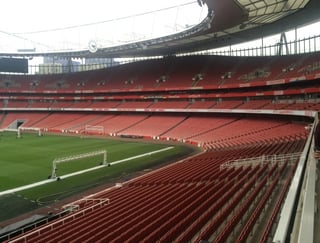 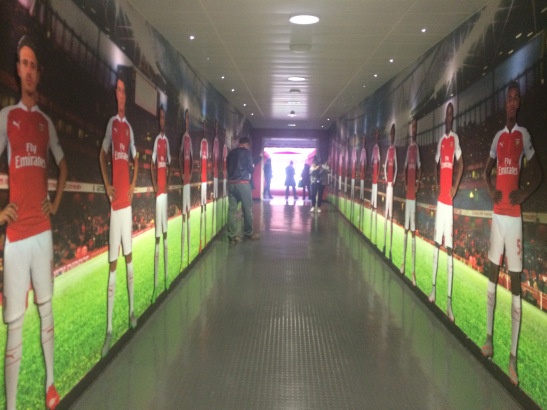 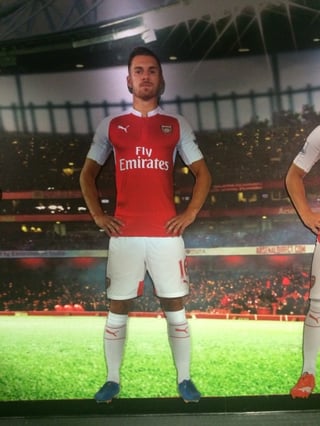 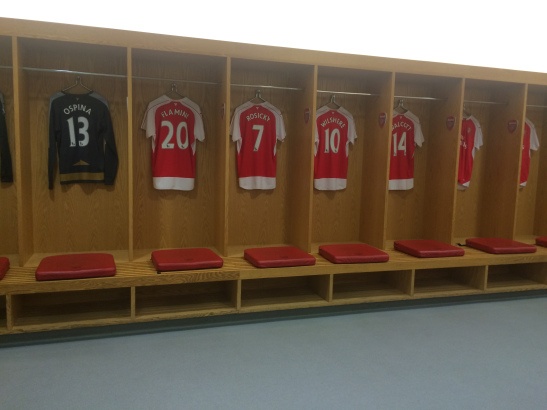 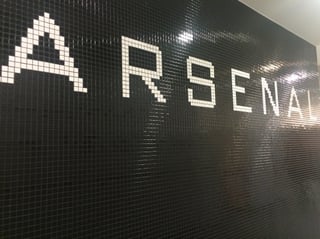 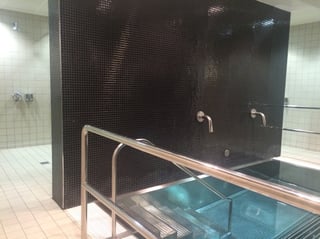 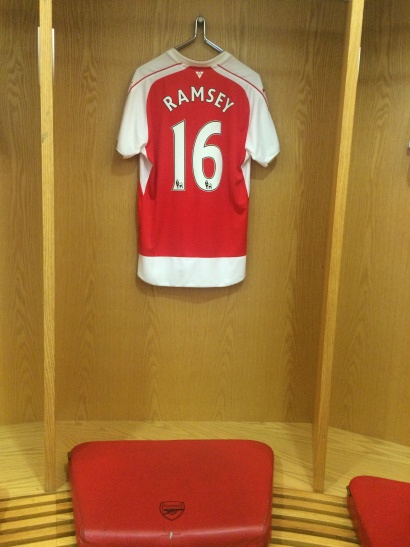 Most recently, I had another Arsenal experience. This time I got to see an actual Arsenal game at the stadium. Even though it was just the under 18 Arsenal team, it was still a really good game and tickets were a lot more affordable than an actual Arsenal game. Just to give you an idea, to see an actual official Arsenal game it costs around £90-£150. The game I paid to see was only £4 (much more affordable for a college student living on a budget). Tonight’s game was the semi-finals for the Under 18 FIFA cup Arsenal versus Manchester City. The winner of the game would move on to the finals. The atmosphere I’d imagine was a lot more laid-back compared to an actual Arsenal game, but still fun nonetheless. There was still some singing and swearing, but more mild than the pub on game day. Arsenal and Manchester City tied, but Manchester moved on because they had the better record. 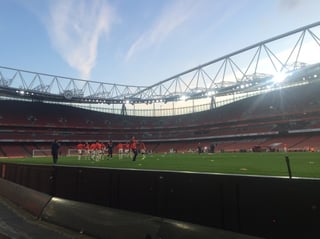 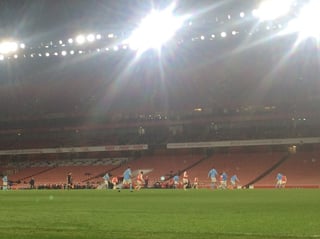 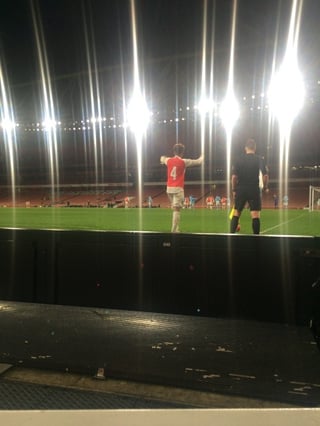 I’m beginning to really like football, or at least the atmosphere that comes with it! It makes me miss playing sports back home! I can’t wait to be home cheering on Steelers Nation!

But for now, Go Arsenal! COYG (Come On You Gunners)!