The Truth about Servant Leadership

Servant leadership is a popular term that many people hear discussed regularly in organizations. Yet, its meaning (and the expected types of behaviors in which a servant leader engages) has been simplified over time.  I noticed this recently when re-reading Robert Greenleaf’s classic (2002; reprinted from 1977).

Servant leadership has often been discussed similarly to the term “transformational leadership” to suggest that a leader’s primary goal is to get would-be followers to see beyond their own personal ambitions to contribute to the betterment of a group, organization or institution. As such, one of a leader’s primary responsibilities is to remove obstacles for their followers so that they can accomplish goals. Often, servant leadership is differentiated from transformational leadership as having a more spiritual influence. Though often applied as a model for business organizations, Greenleaf is clear in his writing that servant leadership is for non-profits, schools/universities and church organizations in addition to for-profit businesses. 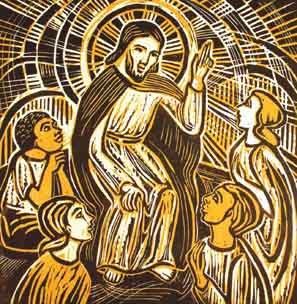 Obviously, with the above, it is easy to see why many readers of Greenleaf have ascribed Jesus Christ to be the best example of a servant leader. However, parallels to the life of Christ have a much deeper (and often overlooked) connection to servant leadership.

It is unarguable that the figure of Jesus has created change, not just by empowering followers, but also by operating from within the social groups and institutions that he sought to change. Though I am not trained as a theologian, the stories about Jesus that are most meaningful to me suggest that Christ was a member of his community who tried to lead change by influencing from within. For example, when he saw corruption among some religious leaders of his day, he did not denounce his religion or protest as an outsider – instead, he attempted to teach, instruct and influence those within the institution who needed to change the most.

Often, in today’s society, we see many people try to influence from the outside. For example, some people who decried unethical practices of business protested as part of the Occupy Wall Street movement throughout 2011 and 2012. While peaceful protests and reform-seeking initiatives from the outside have their places in society (perhaps such as in cases where opportunities to be influential within organizations or other social groups is biased or limited), the example that Jesus provides of trying to create change from within also has great relevance for today’s society.

A few notes on the above ideas:

Does this change the way you think about servant leadership? Can you see the benefits of trying to be a change agent both from within and as an outsider of groups and organizations? Have you ever effectively led a change as an insider? I’m interested to hear your perspective. Email me at michael.urick@stvincent.edu or connect with me on social media (www.facebook.com/urickmj and www.linkedin.com/pub/michael-urick/a3/775/5b/).