A paradox is something unexpected – a phenomenon that, at its surface, may seem counterintuitive or even illogical. Many theories within my discipline (organizational behavior) could be considered to be paradoxical in nature, including concepts related to leadership. In this month’s blog, I explore three paradoxes of leadership.

Though it is paradoxical that traits and personality characteristics predict leader emergence but not effectiveness, this phenomenon does make sense when considered more in depth. Who rises to leadership roles (such as a promotion to manager)? Often, it is the person who aggressively communicates ideas and can stir emotions within their social context. But, these individuals may not always engage in activities where they facilitate the discussion of others’ ideas so that all voices are heard (nor might they examine their own moral compass when challenged by others) thereby being less likely to influence followers and gain buy-in to decisions. In other words, this type of leader will be less effective in his or her role.

When I was studying for my MBA over a decade ago, Jim Collins’ classic “Good to Great” (2001) was required reading.  The bottom line of this book is that the most successful organizations often have highly effective leaders who are neither outgoing nor aggressive.  Collins labeled (and idealized) leaders with a certain level of calmness and humility as “Level 5” leaders and noted that they often work behind the scenes to motivate others and coordinate effort toward a common goal.  In other words, successful and effective leaders work with others to build agreement and move in a positive direction.

Such a concept is not new as Greenleaf (1977) suggested nearly four decades ago that the true role of a leader is to remove obstacles of followers.  This idea of “servant leadership” also suggests that those leaders who are gifted in their ability to influence through impassioned communication make sure that their values are moral. I think of the character Saruman the Wizard from J.R.R. Tolkien’s “Lord of the Rings” (1954-1955). In Tolkien’s work, Saruman was often noted to be a powerful speaker and very influential when he spoke. Yet, his speeches directed others to immoral actions.

In Saint Vincent’s programs (such as the Master of Science in Management: Operational Excellence, Benedictine Leadership Studies and undergraduate business majors), servant leadership is emphasized to advocate that decision makers not lead others down paths that are destructive or immoral. Instead, we seek to educate leaders who serve others. 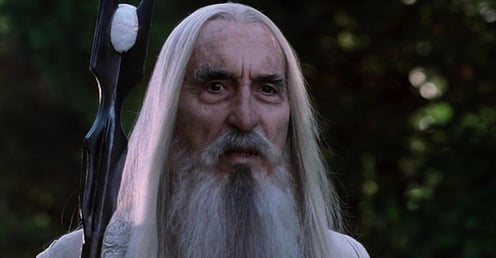 “In Tolkien’s work, Saruman was often noted to be a powerful speaker and very influential when he spoke. Yet, his speeches directed others to immoral actions.”

Paradox 2: Influencing groups. But how can leaders best serve others within the context of an organization? In his classic work, Edgar Schein (2010) states that groups possess cultures that exhibit three interrelated areas: unspoken assumptions that are often unconsciously-held paradigms or ways of thinking; values which are built on the assumptions that highlight those things that a group cares about; and artifacts, which are those things that can be experienced with the five senses and are physical manifestations of values (think a mission statement, artwork, slogan or even layout of a workplace).

When many ineffective leaders seek to influence a culture, they start at the artifact level – they change what they can see without understanding the underlying assumptions. This is like the Titanic trying to push what appears to be a small piece of ice (analogous to a visible artifact) out of the way without understanding that it is “the tip of the iceberg” with a lot of substance below the surface (analogous to values and assumptions). Similarly, a group of people will not truly change unless the underlying assumptions supporting the culture’s values and artifacts change. I saw this firsthand in my work with a medical school in Ohio that tried to undergo a strategic shift – it was not until the overall mindset (i.e., underlying assumptions) of the organization changed that faculty were finally able to launch (and respect) new academic programs (i.e., artifacts) (Urick & Crandall, 2012). Thus, the second paradox of leadership is that, to influence individuals, leaders cannot seek to merely change the aspects of a culture that would-be followers experience with the five senses but, instead, impact the common understandings and mindsets of a social group that aren’t often spoken about. This is extremely difficult to do. 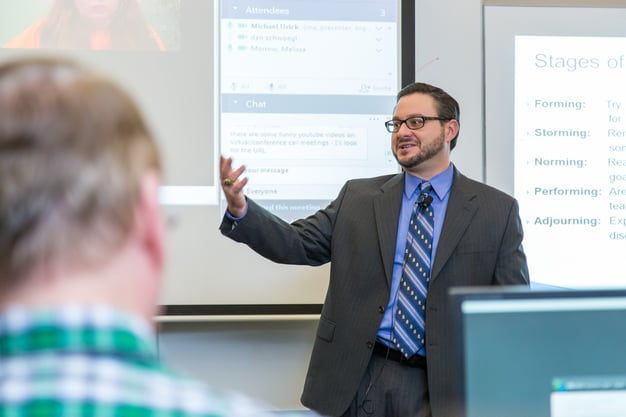 Paradox 3: Those best suited for leadership roles. The third and final paradox addressed here is simply stated (and again can be illustrated in J.R.R. Tolkien’s writing). To paraphrase one of his “Letters” (1995), Tolkien states that individuals who would actively seek leadership roles are often not the best suited to lead people. I would argue that Tolkien was not anti-leadership as this statement might be misread (see my study on Tolkien and leadership; 2017) but was, instead, suggesting that the best leaders are those who emerge within a particular context rather than actively seek to lead others. In other words, those best suited to be leaders may often not actively seek out such roles which presents challenges for organizations that would like to recruit leader-managers.

It is tough to be (and find) an effective leader!  Looking forward to hearing your thoughts on these three paradoxes of leadership as well as others you may have encountered.  Email me at michael.urick@stvincent.edu or find me on social media.  I wish you the best!