The Importance of Heroes

In popular culture, we have been bombarded by superhero movies featuring characters such as Wonder Woman and Captain America.  Yet, heroes aren’t just fictional characters and they don’t all wear capes.  In fact, I was inspired to write on the topic of heroes after my band performed an opening set for some of my personal musical heroes, a 90’s-era swing band from California named Big Bad Voodoo Daddy, late in June.  My band used their music as an inspiration as we fine-tuned our sound over the years.  I was also inspired to write about this topic after providing a keynote presentation to the Westmoreland Human Resource Association annual conference whose theme this year was “The HR Superhero.” From this conference, I realized that the concept of “heroes” is useful in the workplace.

It’s clear that heroes can come from anywhere.  The most important heroes of mine are some of my own family members.  Other important ones to me are mentors that I have had who helped me develop my skills and abilities.  I’m sure that when you consider this topic, you can think of several individuals who are your heroes.

But, what is a hero and why are heroes important (especially in the context of the workplace, which is my area of academic expertise)? 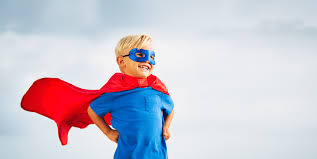 I consider a hero to be anyone who inspires others.  The term is quite synonymous with “leader” – both are influential in their environment and often serve as role models to others.  It should be noted that both heroes and leaders don’t necessarily need to possess a particular title.  For example, at the end of the film “The Dark Knight” (Nolan, 2008), Commissioner Gordon notes that Batman is the hero that Gotham City needs even though he is not a formal part of the city’s government or police department, thus having no formal title.  A true hero fits the environment in which she or he is needed.

As Kouzes and Posner (2007) suggest, leaders of organizations can be heroes because they help to “model the way” by reinforcing accepted organizational behaviors and values.  These individuals can have any title or be at any level on an organizational chart as long as their activities are talked about to the extent that they become almost legendary.  Many organizations tell stories of heroes (Deal & Kennedy, 2000) so that they can teach others in the organization what is appropriate and expected of them.  These stories focus on the exemplary traits and behaviors of heroes.  The narratives, and the values that they stand for, become ingrained in an organization’s culture.  At Saint Vincent College, we often tell stories of our founder, Boniface Wimmer, because many of our values come directly from him.  By telling these stories, the Saint Vincent leadership communicates ideals that they expect of students and employees, thus strengthening our overall culture.

Though titles aren’t needed to be a hero, often those that possess formal authority are, by default, heroes to others.  As a manager, it’s important to understand that you are a hero to your organization because of your title – people are watching what you do, changing their behavior to fit your expectations, and modeling your actions.  Because of this, managers have a great responsibility to live up to their role by acting with integrity.  A theme in the first Spiderman movie suggests “with great power comes great responsibility” (Raimi, 2002).  As a manager, with a formal title comes the expectation that you will act ethically and in accordance with what the organization cares about. 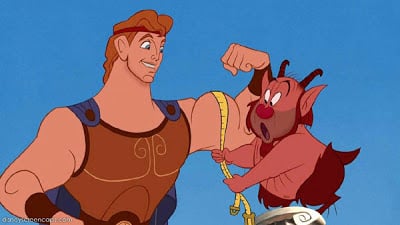 In the Disney animated film, “Hercules” (Musker & Clements, 1997), characters lament the lack of heroes and, to amend this, Hercules trains to become a champion that people need and look up to.  Surprisingly, the way that organizations develop heroes in the workplace is actually similar to how Hercules emerges as a hero.  In addition to telling stories about heroes, organizations provide training and development programs to high-potential individuals so that they can learn about their strengths, weaknesses and how to best influence within a specific context.  Business degrees (such as the Master of Science in Management: Operational Excellence at SVC) are another way in which organizations develop “heroes” by sending employees to formal academic programs.

Many business programs instruct students by providing them with role models (i.e. heroes).  As Wilkens (2011) notes, from a “virtue ethics” viewpoint, people can learn to act ethically by crafting their behavior to be like that of a positive role model.  In my undergraduate Organizational Behavior class, students write a paper where they pick a business decision and analyze whether or not it was ethical by viewing the choice through the context of several frameworks.  The purpose is to get students to thinkmore deliberately through the decisions that they themselves will make when they are business leaders.

This approach is also leveraged in many business master’s degrees where students are presented with case studies to analyze what was positive or negative about a business leader’s decisions.  Such cases provide students with role models or organizational heroes that they assess to (hopefully) adopt positive behaviors and practices of the leader.  Similarly, students hopefully avoid the negative behaviors in their own practices by viewing undesirable actions as cautionary tales.

So, do you feel that heroes are important?  Who are your heroes?  Is there anyone you look up to and use as a role model in your workplace?  I love to hear from you!  Write me below, email me at michael.urick@stvincent.edu, or connect with me on social media (www.facebook.com/urickmj and www.linkedin.com/pub/michael-urick/a3/775/5b/).