Operational Excellence in the Neighborhood of Make-Believe 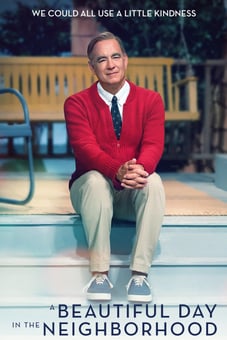 Over Christmas break, I had the opportunity to see the movie “A Beautiful Day in the Neighborhood” in the theater and really enjoyed it. I especially liked the scenes where Mr. Rogers (played well by Tom Hanks) referred back to the songs that I remembered on his show from my childhood. I have come to know these songs and other Neighborhood of Make-Believe songs well. My daughter loves the “Daniel Tiger’s Neighborhood” show (produced by Fred Rogers Productions) and I enjoy the music because I like how several of the songs are slight updates of Mr. Rogers’ originals. My family and I listen to Daniel Tiger songs all the time – and in them I hear a lot of Operational Excellence (OE) principles. After listening to these songs, I believe that OE is alive and well in the Neighborhood of Make-Believe. In this blog, I will share how some of the lyrics to Mr. Rogers’ and Daniel Tiger’s songs illustrate the OE philosophy.

Before doing so, though, I want to share that OE is a management philosophy that focuses on continuous improvement, waste reduction and problem solving.  To achieve these ideals, organizations must have a culture that supports related values and then implement tools to help them move in a unified direction.

To find out what we want to know.

To see just how things go.”

In the above lyrics, characters in the Neighborhood of Make-Believe talk about how they will increase their understanding of what they see around them by examining a particular phenomenon firsthand. In other lyrics of the song, characters talk about looking inside a clock to see how it works and watching what particular nests certain birds go to.

This is similar to the problem-solving concept of “Genchi Genbutsu,” a Japanese term which means “go and see.”  In the OE philosophy, when a problem occurs, it is important to go directly to where the problem is occurring to gather data and information.  Only by seeing the part of the process firsthand where a problem occurs can we begin to analyze accurate information in order to try and solve it.

“When Something Seems Bad, Turn It Around” and Viewing Problems as Blessings

“When something seems bad,

And find something good.”

The lyrics of this song suggest looking for the good in all things. Throughout the song, characters in Daniel Tiger’s Neighborhood discuss how they fixed a mistake they made while painting as well as changed the game that they would play outside because of the weather.

In each of these instances, Daniel Tiger and his friends face problems, but they look for opportunities to improve the situation. Many successful OE practitioners share this outlook.  Instead of getting frustrated or sad by the problems that they experience (and even the best organizations have a lot of problems), they look at problems as opportunities to improve and get better. Problems, in other words, are not things to avoid or deny, but are things that should be sought after in order to solve them for the betterment of a group of people.

“When We Do Something New” and Standardization

“When we do something new,

Let's talk about what we'll do.”

In this song, Daniel Tiger is worried about going to the doctor and getting his hair cut because he doesn’t know what to expect in either situation. These new experiences seem scary to him and he wants some assurance that he will have a positive outcome.

Likewise, in OE cultures change needs to occur when problems are found. Sometimes, this requires a change in the way people do work. This change can be scary, especially if employees are unsure of what new behaviors are being asked of them. OE requires that all processes be documented clearly through the concept of standard work so that expectations are understood. In a way, this practice is a communication method similar to talking about what each person will do to perform his or her job. The point of the lyrics of this song as well as documenting standard processes is to minimize unpredictability.

“The Weekend Song” and Regular Meetings

“I'll be back, when the day is new

And I'll have more ideas for you.

And you'll have things you'll want to talk about.

These are classic lyrics from Fred Rogers that have been adapted and incorporated into several songs on his show as well as on Daniel Tiger’s show. These lyrics talk about getting back together after a time apart and starting a discussion to learn from each other.

Similarly, in OE cultures communication is crucial. Many organizations have regular meetings (the timing of which depends on workplace characteristics, but they could occur perhaps daily, weekly or between shifts) where key performance indicators are discussed. Key performance indicators are points of measurement that suggest whether or not an organization is working effectively and efficiently. In these meetings, people discuss their experiences and share what went well, what could be improved upon and what they learned. Thus, just as the lyrics suggest, there is a dialogue that occurs to help facilitate a positive well-operating organization.

OE seems like it’s practiced in the Neighborhood of Make-Believe! How might you practice it in your neighborhood? Do you use some of these principles in your role and at your job? Email me at michael.urick@stvincent.edu and connect on Facebook (https://www.facebook.com/urickmj/) and LinkedIn (https://www.linkedin.com/in/michael-urick-05b775a3/). Or share your thoughts below.