Since many people take vacations this time of the year and have the opportunity to experience different locales, I thought that, for my blog this month, now might be a good time to talk a bit about traveling.

In the past several years, I’ve had the pleasure to travel to 10 different countries on four different continents. I’ve also had the opportunity to travel extensively throughout the U.S. Much of my travel is professional in nature such as when I present my research at conferences. Other trips are either recreational in nature or tours with my band. But, no matter the purpose, I always feel I learn something new from every trip I take.

When traveling, I recognize that I will likely be going to a new culture different from anything I’ve yet experienced. Sometimes, especially when traveling on business, understanding and following the expectations of that culture can be difficult.

So, I try to prepare as best as I can. I talk with people who have visited (or lived in) the culture that I will be going to. I oftentimes read a guidebook or two about the culture that I’ll be traveling to. From this preparation, I gain a sense of what I will experience. But… 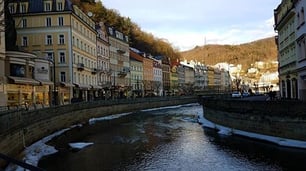 I am always wrong about what I thought the cultures would be like. Each culture that I have traveled to has been completely different from what I had expected and, in most cases, the cultures have allowed me to have very positive experiences learning from them.

This is not to say that one shouldn’t attempt to prepare before visiting a new culture. One definitely should learn as much as possible. However, travelers must also keep an open mind to what they will experience and try not to judge another culture as “right” or “wrong” based on their preparation or what the culture they are most familiar with (likely the one in which they grew up or lived most of their lives) is like.

In business meetings abroad, I’ve tried to keep an open mind regarding the foods we ate, the topics of conversation that were appropriate and how quickly negotiations occurred. Experiencing other cultures, after all, has a lot to do with my academic topic of interest, organizational behavior. It is likely that, upon graduation, students will be working with a culturally diverse group and that they will travel to another culture at some point during their career. In my organizational behavior classes, we talk extensively about this topic. We even simulate two different (fictionalized) cultures to have students interact with both. From this activity, students understand both the importance of interacting with others from different cultures and understanding some potential challenges.

I have written about these benefits in other blogs (as well as my published research) and they far outweigh potential challenges of learning about a new culture. I would highly encourage others to step out of their comfort zones and experience a culture unlike the one in which they live.

Have you ever traveled to a culture that was different from what you expected? How did you come to understand (and potentially fit in with) the culture’s expectations? I’m looking forward to hearing about your experiences! Email me at michael.urick@stvincent.edu, search for me on Facebook and LinkedIn or leave me a comment here.