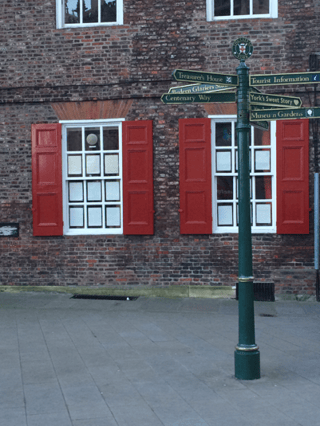 This weekend I experienced my first study tour with the CIEE program. It was a memorable experience (both good and bad) and was full of surprises. Felicity, the academic director for my program, was our chaperone for the weekend, but we pretty much had the whole weekend to ourselves to explore what York had to offer.

The trip started off early Saturday morning. The rest of the CIEE group and I boarded the train for a three-hour journey up to the northern part of England. Along the way we passed a lot of pastures filled with cattle, sheep and horses. It reminded me a lot of rural Pennsylvania and made me think of home.

The real excitement happened at the train station though. Just when we pulled up to the station all of us rushed to grab our bags and exit onto the platform. Felicity was with us and was trying to count to make sure we were all there. Just as the doors of the train closed someone pointed out that two people from our program were still stuck on the train — but it was too late. The train pulled away from the platform down the tracks. The rest of the group thought it was hilarious; I couldn’t imagine if I was one of them. I probably would have cried or had a mini-heart attack. Felicity was not amused; luckily she had the students’ numbers, so she gave them instructions on how to get back to York so they could meet up with us later. 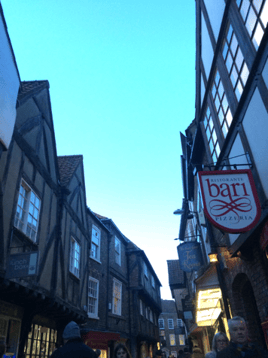 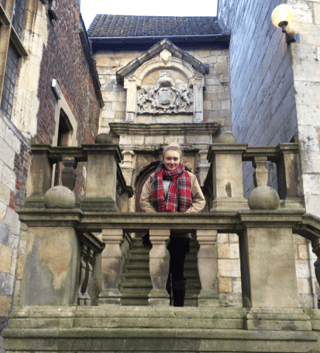 That afternoon, once everyone had arrived safely, we went on a walking tour of York. The city itself was very historical and very, very cold. Most of the buildings looked like something out of a storybook. The stores were old-fashioned and charming and there were cobblestone streets. Basically, it was everything I had envisioned it to be!

The first stop on our tour was at York Minster Cathedral. It is one of the largest cathedrals in Northern Europe. The architecture and stained glass were incredible! I’ll never get over how people were capable of building such elaborate churches way back in the 6th century. 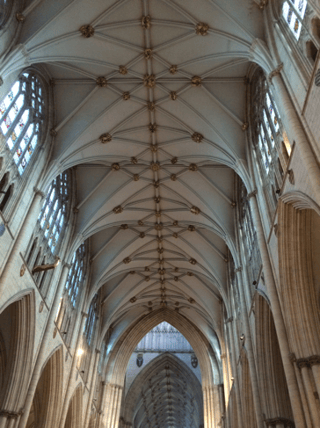 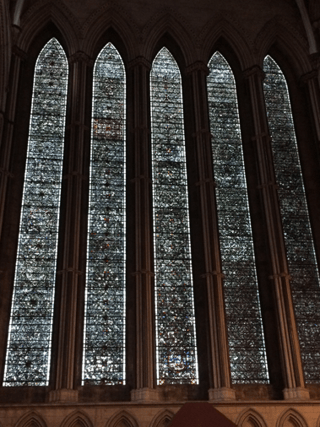 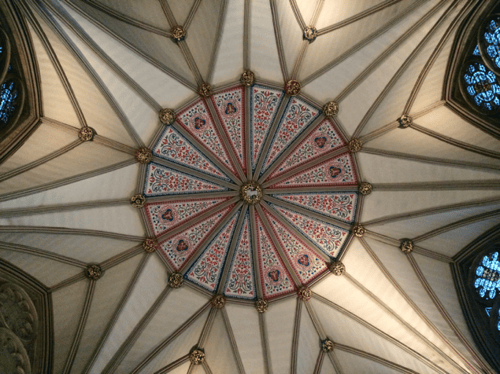 As the tour continued, the temperature got increasingly colder. By nightfall, everyone was shivering and praying the tour was over soon. Our last stop was Clifford’s Tower, a 13th century castle formerly used as a prison. My hands were freezing, but I still somehow managed to take a photo! By the time we made it to our hostel I could barely feel any part on my body. I was numb from head to toe, so I did what any logical person would do and used a blow dryer to warm up.

That night I spent the evening catching up and hanging out with everyone in my program. It was a good time to get to know more about everyone and have some quality CIEE bonding time filled with lots of laughs and good memories! 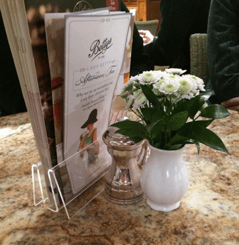 The next morning we had breakfast at the restaurant below our hostel and then made our way to York Castle Museum. We spent about an hour there, looking at old dungeons and some World War I artifacts, and exploring a recreation of a Victorian era street. After the museum we headed back into town, where we stopped at Bettys Café Tea Rooms for a cup of tea and a mid-morning snack. This time I tried a Japanese rose petal tea — and it was even better than the peppermint tea I had earlier. It tasted like I was drinking roses and instantly warmed my entire body. 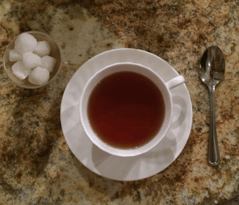 The rest of the day was raining and kind of miserable in York. We window-shopped and browsed a few stores before we sat down at Drake’s for some quality fish and chips. Our day ended back at our hostel where we met up with Felicity and the rest of the group to catch our train back to London. Now, I have one study tour down and two more to go! I can’t wait to see what other adventures are waiting for me!