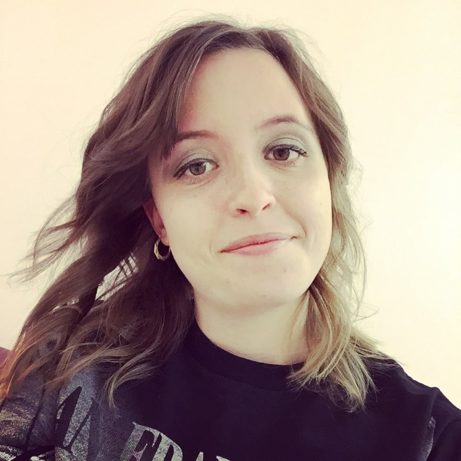 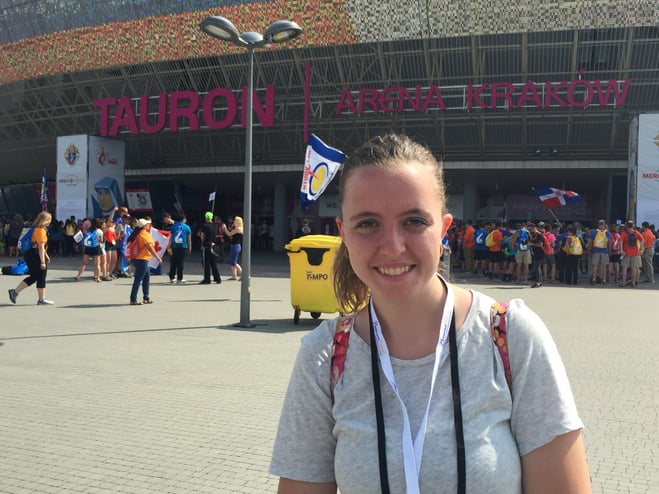 This trip to World Youth Day (WYD) 2016 in Kraków, Poland, seemed to come quite suddenly. I had just gotten back from Rome on May 29. However, college is all about making memories and doing as much as possible.

I loved how our flights were set up because it was a late-evening flight from Pittsburgh to Paris so it was easy to sleep through it. Then from Paris we connected to Warsaw. Upon arrival in Warsaw, Poland, we met our tour guide. We still needed to wait for another American group to arrive because they were signed up for touring under the same company. We would all be taking the same charter bus for five hours to finally reach Kraków. It was a long, solid 24 hours of travel, but we all made it safely. 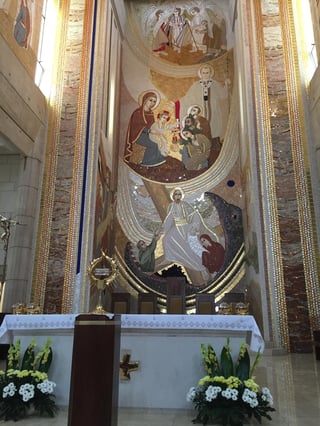 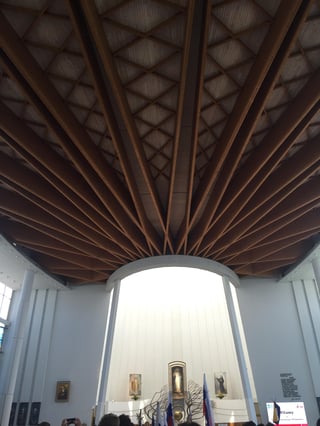 Shrine of The Divine Mercy in Kraków-Łagiewniki

The weather here is very similar to that of my home (Ligonier, Pennsylvania). I feel like I'm in Pennsylvania sometimes because there is not too much of a difference. Our very first day we all had breakfast and then met at 8:30 a.m. and were given our meal tickets and WYD backpacks. Then, our tour guides helped us find the Divine Mercy chapel for Saint Faustina and a shrine for Pope John Paul II that he would sometimes visit. There were so many people all day, but especially during the opening Mass. People from all nations came together for a Catholic Mass. It was a great testimony of faith in Jesus, especially from young people who are so crucial to making changes in the broken world we live in now. It brought hope to a good number of people, I think. 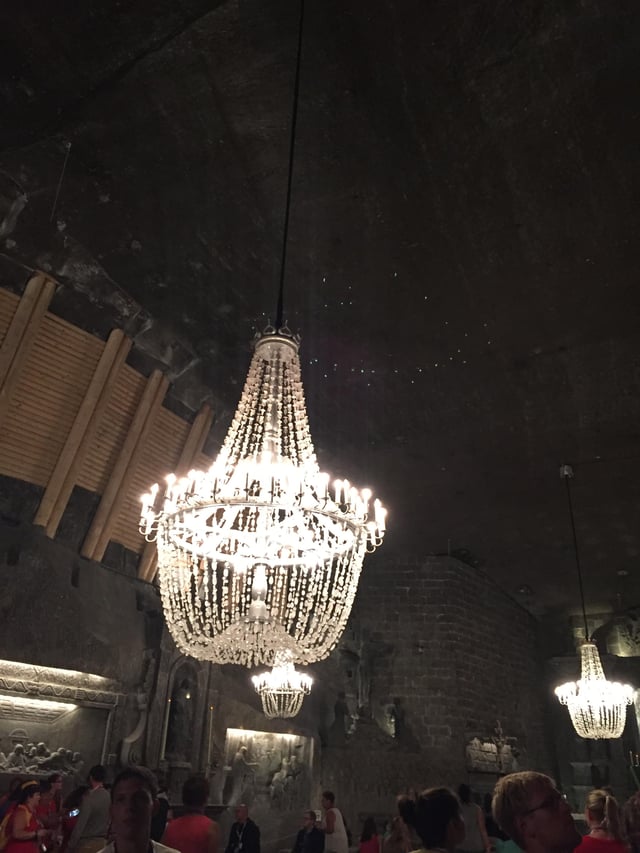 A salt chandelier in the Salt Mines of Kraków

Today we went to the Salt Mines of Kraków. Salt was once a huge part of this city's economy and it had a beautiful underground church made of salt. Everything was salty! There was even some water at one of the deepest levels of the mine that exhibited characteristics similar to that of the Dead Sea. It was really beautiful. After the heat of yesterday, it was great to be somewhere cooler for much of the day. 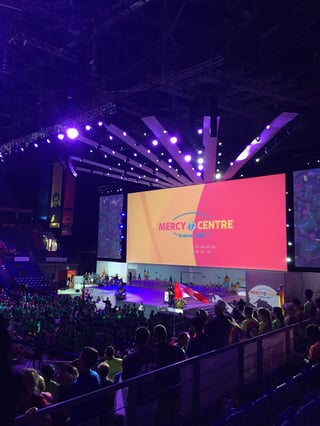 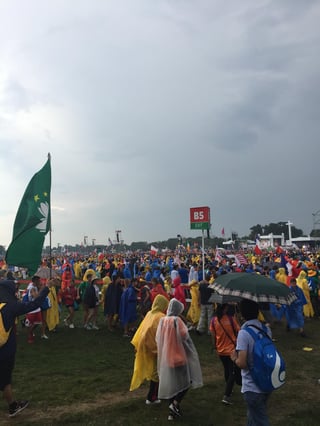 We are scheduled to go to another catechesis session tomorrow. We’ve gone to one already on this trip. Everyone gathers together in this enormous stadium that celebrities like Justin Bieber and One Direction have sold out. It’s so beautiful because the stadium is filled for Jesus and not for a celebrity. There are speeches and talks about sharing the faith and living the faith. So after our second session, we will get ready to see the Pope and deal with more people than ever! This will be my third time in one year seeing Pope Francis because I saw him in Philadelphia, Rome and now Kraków. I’m looking forward to hearing what the Pope shares with the millions of young people from all over the world! I'm blessed to be here and I’m looking forward to the rest of this trip!