Raw Prawns and Other Shanghai Aventures

I hopelessly stared at the four grey shrimp-like creatures, and they stared back with black, lifeless eyes. A warm pot of soup was the only other indication that these prawns were indeed meant as food. 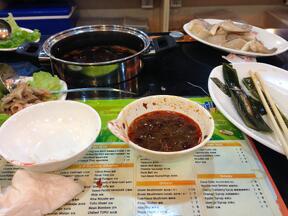 John, my travel partner, glanced over at my meal. “Are those cooked?”

I poked one tentatively with a finger, and it left a trail of fishy slime on my hand. “I don’t think so…” Glancing around for support, I searched for an instructional pamphlet or even another diner who had ordered this particular dish. I found no help, and thoughts of disgrace and insults were filling my head. My sleep-deprived brain struggled between two options: make a fool out of myself and potentially offend the restaurant owner or suck it up and eat the nasty prawn.

“Maybe prawns are a different color in Asia. Maybe it really is cooked. Is this sanitary?” I took a deep breath, peeled off the shell, removed the legs and head (the eyes seemed to admonish me), and ate the whole prawn in one bite.

“Well, that wasn’t too bad,” I thought, taking a gulp of the soup. I reached forward to devour my next prawn victim, and the waitress arrived—carrying two plates of uncooked rice noodles, raw mushrooms, rare beef, and thick, inedible kelp. She murmured something unintelligible in Mandarin, and turned a tiny knob located behind my soup pot. The broth began boiling, and she motioned from the plates to the pot.

I was supposed to cook my own food.

John and I had ended up at the hot pot restaurant after over sixteen hours in a plane. It was a small miracle that I even made it to Pittsburgh International Airport in the first place; I had been weighing the advantages of jumping out of my roommate’s car and begging for Academic Affairs’ forgiveness with the disadvantages of ditching John and destroying my pride. It had been a close battle, but I finally made it to the gate. Even after we had travelled to Dallas and our plane was taxiing out to the runway to leave for Shanghai, John and I looked at each other in terror and asked, “Think it’s too late to run?”

The minute we left the Shanghai airport, though, I was sold. I was no better than a kid, gawking at the huge buildings and not wanting to sleep. I was finally ready for the adventure.

Where does this leave us, fellow adventurers? To begin, last night I slept on a wooden pallet with a padded sheet as my “mattress.” This wasn’t a shortcoming on my part; I think that was actually just the bed for temporary housing. I also have no idea how to work the HVAC unit, so I spent last night bundled in two coats and sweatpants, wrapped up in my Guardians of the Galaxy fleece. Everything kind of smells gross, and I’m afraid to know how badly I smell too. I can’t figure out the shower (who knew these things could be so complicated?!). There isn’t really a shower floor either…it’s literally just a drain in my bathroom floor next to the toilet. 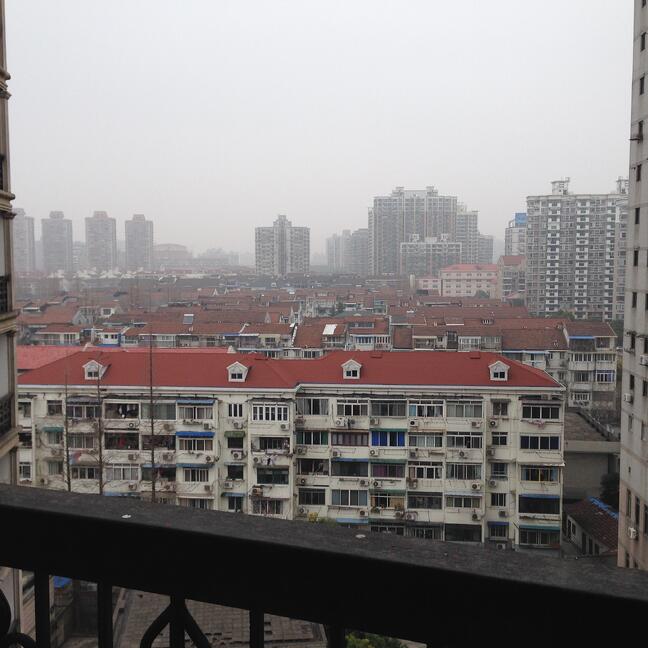 Would I have it any other way? Nope.

This finally brings me to the most recent discovery—my ninth floor room has a balcony (and a much nicer bed). It’s time to go find some breakfast and relax on my beautiful little porch overlooking the city; I think this is what they call heaven. Zaijian! 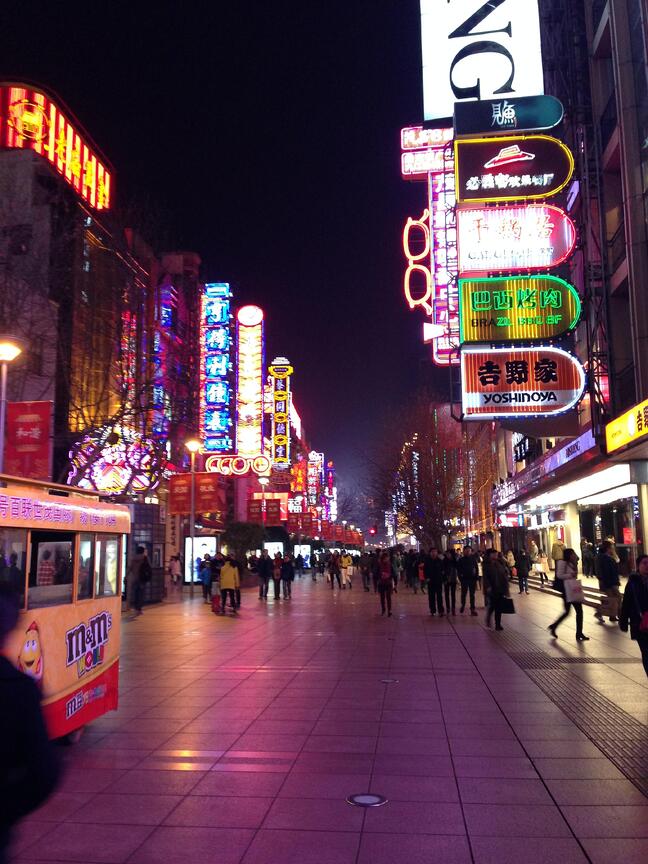