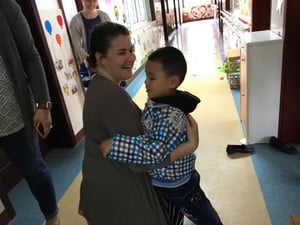 We began our first day in the village with a tour of the Children Welfare Institution. Before even going into the classrooms, we knew that we were about to witness something special just by watching the way in which the parents and children arrived in the morning. Because of the rain, most of the parents carried the children in on their backs while holding umbrellas, which made the presence of a strong connection between adults and children immediately evident. After observing in the classrooms for a bit, we had the opportunity to film the interactions that we found most representative of Simple Interactions. We plan to analyze these videos and use the ones we find most exemplary of quality interactions between adults and children in our presentation on Thursday. There were fewer children than usual in the morning (9-11 a.m.) due to rain. Most of the families have a difficult time commuting in the rain because they walk or the children are in wheelchairs. In the afternoon (2-4 p.m.), the rain stopped and more children arrived. While filming, what stood out the most was the purposeful, yet meaningful interactions. Everything that occurred in the classrooms was intentional, but the focus was not on meeting goals or objectives; rather, the focus was on the happiness and well-being of the children and the positive interactions between the children and adults. Upon reflection, we recognized that schools in the United States often fixate on the idea of meeting standards so much that the importance of interactions between individuals is lost. Here, however, we have seen no mention of standards; the intention is to help the children learn through interactions, not despite them. These ideals that we came across in the classrooms embody the principles of Simple Interactions and gave us another level of understanding of what quality interactions look like. 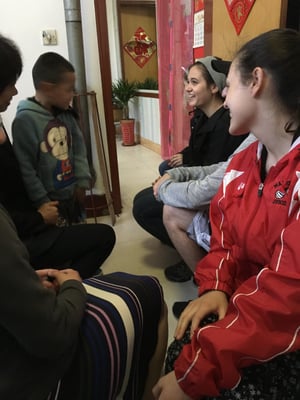 After our day of filming and reflection, we walked the perimeter of the viin the evening in order to have a better understanding of the context in which the facility operates. The facility serves foster children and we learned that about 180 out of 800 families in the village are foster families. We had the privilege to meet a foster parent who happened to be Qingdao's most recently named “Mom of the Year.” Since 2001, she has been a foster mom of seven children, three of whom have since been adopted to the United States. She welcomed us into her home and was extremely excited and proud to show us pictures of her foster children and make us feel comfortable. Her home consisted of the convenience store that she runs, one bedroom with one bed, and a small living room with a couch, a table and a countertop. It was humbling to meet such a selfless and loving individual who has dedicated her life to helping the children of the village. As she showed us pictures of her foster children on the wall and in a large photo album, there was an overwhelming feeling of joy that filled the room. Although I could not communicate directly with her through words, the smile on her face was enough to know how happy and proud she is of the children she has taken into her home. Though the residents of the village lack many material items that we are used to in the United States, it is evident that the amount of love, kindness and hospitality is far more abundant here than I have ever seen elsewhere. 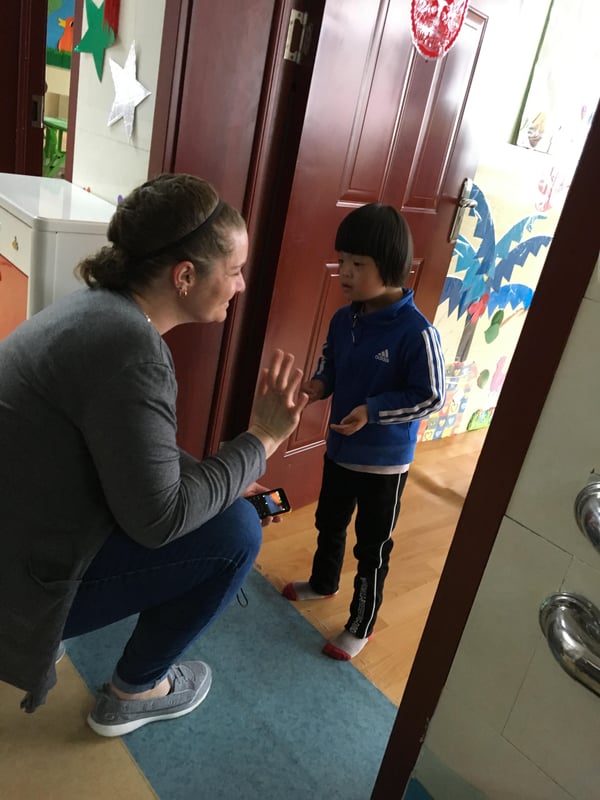 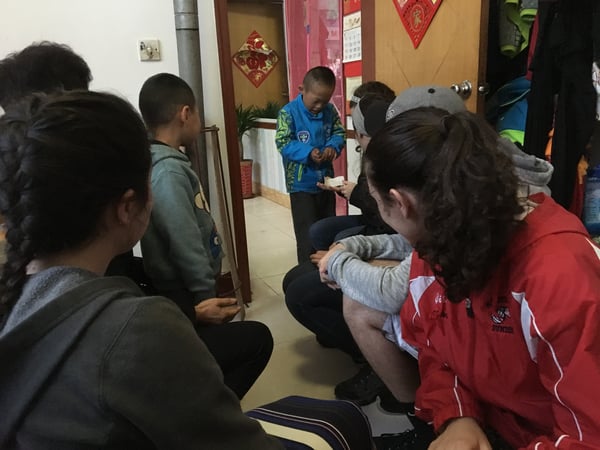