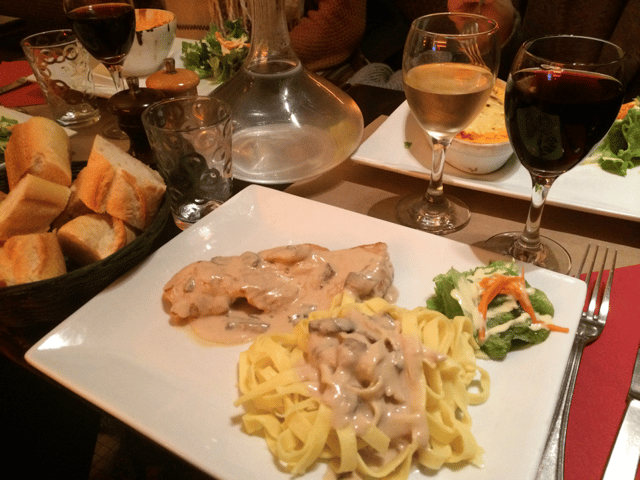 Our second day in Paris started early in the morning and went all day. We walked all across the city and saw so many amazing sites. I ate traditional French dishes, practiced my French speaking skills, got called a “stupid American” by an angry French man, saw some of the greatest works of architecture in the world and still didn’t take enough pictures. 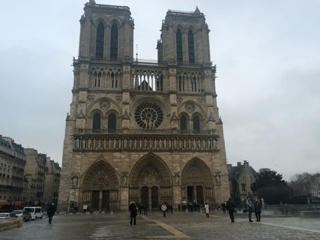 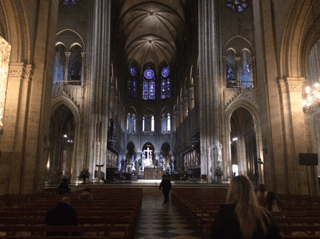 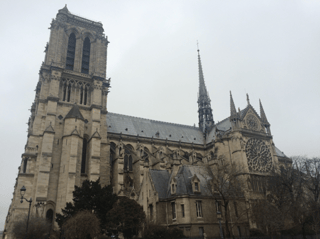 In the morning, we ate breakfast at our hostel then asked the front desk for directions to Notre Dame. We purchased an all-day train pass from the Metro station so we could make it to as many places as possible during the day. Our first stop was at Notre Dame. It was a lot bigger than I expected it would be. My pictures inside don’t even do it justice! 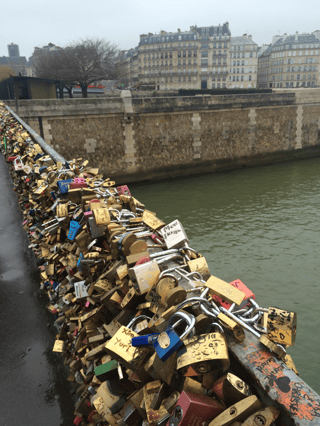 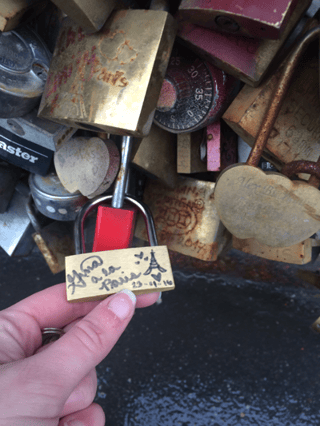 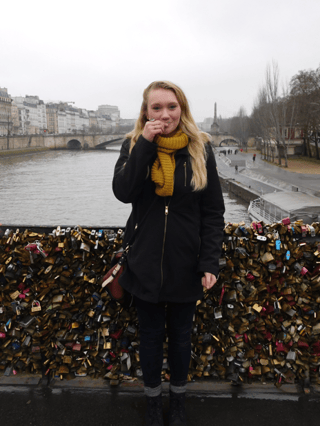 After Notre Dame we took a detour to the Love Lock Bridge. There was a souvenir store right across the street from the bridge so I purchased a lock, a marker and tried on some berets, just for fun. Finding a place to put my lock was a lot harder than I thought it would be, but I finally found the perfect spot, then kissed my key goodbye and threw it in the river behind me. Fun Fact: It was here where an angry French man called me a “stupid American.” He apparently hates that tourists come and pollute the bridges with locks because it makes the bridges look “ugly.” I could see his point, but I didn’t like being the target of his frustration. 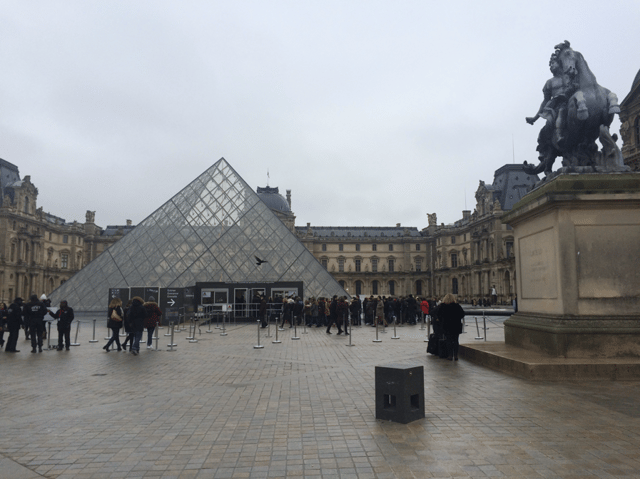 Our next stop of the morning was the Louvre. We decided not to go into the museum just because we didn’t have the time. If I do end up going back to Paris, I’d definitely stop back here and see the Mona Lisa! 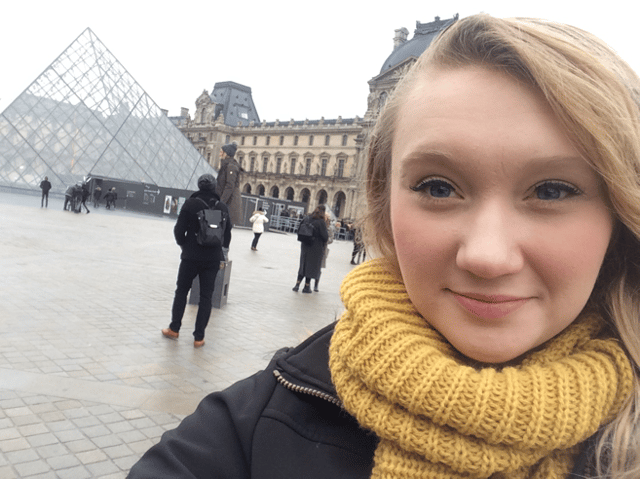 Stay tuned for Part II of my visit to Paris!