London is the land of excess and I love it! I’ve always enjoyed traveling to London ever since I visited for the first time last year, at the end of my brother’s AIFS program he attended there. It’s an amazing city, and after a few days in Paris, one of my favorites to visit. Everyone is nice, they say they enjoy your accents, call ‘blond women’ “uneducated sounding” (which cracks me up), and you get to see the best of the best in terms of everything. For example: You get to see the best home of the best empire builder since Napoleon, you get to see the best cars, the best suits, the best helicopters carrying the best princes of the best empire, and so forth. It just leads to an unforgettable experience that takes your breath away… and it does take your breath away due to the pollution in the air there.

Sadly, for this blog, I didn’t take too many pictures of my own to put up here about Kensington Palace (even though I casually strolled past the future King George Louis when I visited the palace), or the shops on High Street (even though Jimmy Fallon walked right by my group when we traveled there and some of the girls fainted), or Parliament (even though I saw no one of importance there), or the Glob Theatre (where one of my friends on this trip was swept off her feet and danced with an actor during a play), but I was able to catch a real beauty: A Maybach parked on the street corner. 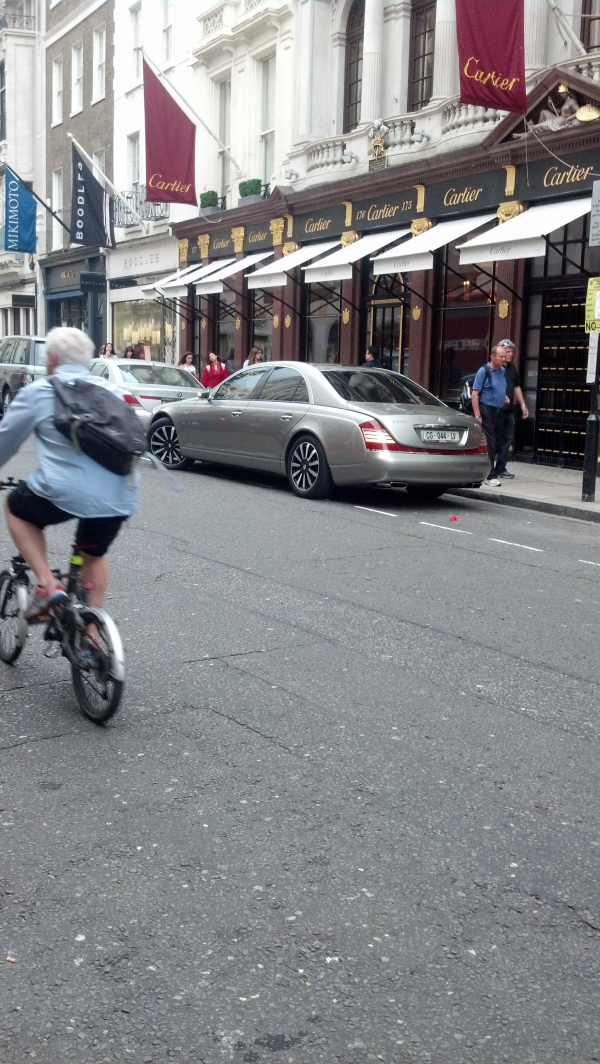 Now, you may be wondering: Austin, this is London, why do you care so much about a car? And to that I would answer: It’s a $2 million dollar limo that people privately own…why wouldn’t I? When I saw it I immediately started to get an adrenaline rush just because I was looking at it. It was a spectacle for sure, as you can probably see in the picture I have here. If you just can't seem to fathom why this is such a big deal, check out this video and it should put everything back into perspective:

So yeah, I did a tiny freak out because of this car, but in all honesty, it’s only the second time I have ever seen one and both were in London. From that, I can only think that when people go to London, they put on and show off their best for the Queen; which is a pretty awesome consumer behavior insight.

So, I apologies for not having the quintessential London blog post, but hopefully you will watch some of these videos that I post and be blown away by the amazingness that is this Maybach. Although, if you do want to see the touristy stuff of London, check out some of the other blogs on this page. I know one has all the big stuff: Big Ben, Parliament, Buckingham Palace, all that good stuff and you can see them and think as if you are looking at them on my blog. :P

I’ll let you guys know what I’m up to in Paris this coming weekend. Stay tuned. :)