Many people love drama, even though some may not want to admit that fact.  Drama is why some viewers are glued to reality TV, social media or celebrity gossip stories.  Even though drama can be entertaining in the media, it can be disastrous if it exists in the workplace.  Yet, workplace drama is so common that several blog readers asked me to address this issue here. 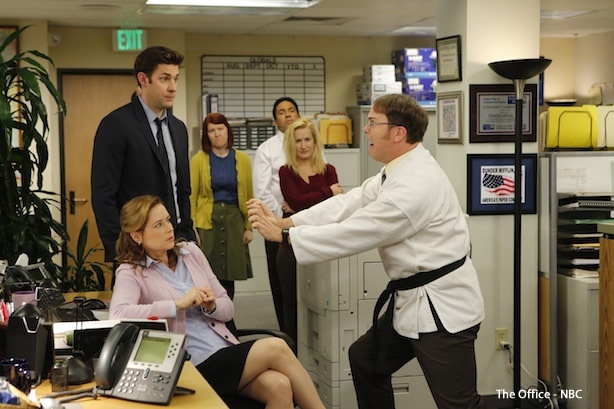 Let me first define what I mean by workplace drama.  According to the Merriam-Webster dictionary (n.d.), one definition of drama is “a state, situation or series of events involving interesting or intense conflict of forces.”  In the workplace, though often intense, such conflict does not need to be overt – in fact, it can simmer under the surface of interactions so much so that it might not be evident to organizational newcomers or outsiders not privy to the drama (Morrill, Zald, & Rao, 2003).  Workplaces that have a lot of drama are often marked by what have been labeled by researchers as “deviant” behaviors (Robinson & Bennett, 1995) among its employees, not limited to but including: spreading rumors and gossiping behind others’ backs; sabotaging coworkers’ efforts; lying or communicating in a cynical manner; and exaggerating stories to suit one’s own selfish interests.  Obviously, these actions are detrimental to workplaces because they get in the way of accomplishing organizational goals.

Given that drama at work is bad and that it is prevalent in many organizations, it would be useful to consider where it comes from.  Many might suggest that it comes from a few “bad apples” at work that simply get pleasure from such activities.  While that may be true to an extent (for a good discussion on how to deal with such individuals, check out the book by Harden and Omdahl [2006] on problematic workplace relationships), such behaviors are only allowed to continue in an organization if they are supported by the assumptions of its culture (Schein, 2010).  As my co-authors and I note in our study of intergenerational conflict (Urick, Hollensbe, Masterson, & Lyons, 2017), tension occurs if it is supported within the context of an organization.  In other words, some organizations allow drama to occur to their detriment because it’s engrained in a company’s collective mindset.

So, what can you do if you find yourself employed by an organization in which drama runs rampant?  Some ideas are below:

I’m interested in your thoughts.  Have you experienced workplace drama?  What caused it?  How did you handle it and were your actions effective?  I’d like to hear from you!  Write me in the comments below, email me at michael.urick@stvincent.edu, or connect with me on social media (www.facebook.com/urickmj and www.linkedin.com/pub/michael-urick/a3/775/5b/).

P.S. If you’re interested in reading more about my research on intergenerational conflict, the Oxford University Press just published this blog: https://blog.oup.com/2017/05/intergenerational-conflict-at-work. Hope you will check it out!

Topics: Michael Urick, how to deal with drama at work, conflict at work, workplace culture, organizational culture, drama in the workplace, workplace relationships